Lawsuit alleges conspiracy and neglegence against a local center and its architect. 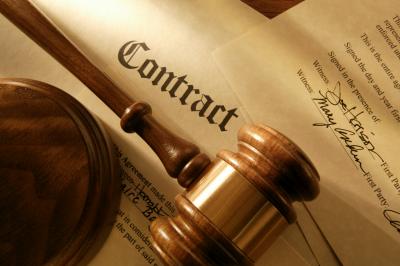 A two-year dispute between a local children's center, its architect, and a construction company has made its way to the Erie County Court of Common Pleas.

The Sarah Reed Children's Center, a member of its Board of Directors, architect Shelane Buehler, and her firm, Buehler & Associates, are being sued by local builders Thorp-Patterson Construction & Management, which won a bid to complete a construction project at the center in July 2012.

Thorp-Patterson Construction (TPC) was awarded a contract for more than $1.7 million to complete renovations of the Sarah Reed Children's Center's (SRCC) main building at 2445 West 34th Street in Millcreek Township.

Buehler made headlines in 2008 as one of the key witnesses in the insurance fraud trial against her ex-fiance, former Pennsylvania Superior Court Judge Michael Joyce.

Joyce was convicted of multiple counts of mail fraud and money laundering in 2008 and sentenced to 46 months in federal prison after a failed appeal in 2010.

Buehler serves on the Sarah Reed Children's Center Board of Directors. While her relationship with the SRCC represents a clear conflict of interest, no Pennsylvania laws govern such conflicts and the IRS only asks "about the process that the nonprofit uses to manage conflicts, as well as how the nonprofit determines whether board members have a conflict of interest," according to the National Council of Nonprofits.

The civil complaint, filed in June 2014, alleges that TPC incurred damages in the amount of $232,994.16 as a result of unnecessary work stoppages, breach of contract, negligent misrepresentation, and a civil conspiracy between SRCC and Buehler to withhold payment due to TCP and its subcontractors for the financial gain of SRCC and Buehler, among other allegations.

The work stoppages allegedly occurred for a number of reasons. In August 2012 building inspectors notified TPC that the SRCC had not obtained necessary permits from Millcreek Township, as had been outlined in the construction contract. Work on the project did not resume until mid-September.

According to documents filed with the courts, TPC was required to request payments by the first day of each month in order to be paid by the last day of each month. However, the lawsuit alleges that SRCC reduced applications for payment by an average of fifty-two percent over the life of the contract causing the company to assume additional debt to pay its subcontractors and cover changes not included in the original proposal.

TPC claims that Buehler was paid for conducting those inspections and preparing the punch lists and that SRCC retained the remainder of the withheld payments for its own benefit.