If you like Live Action Creole-Playing, then you'll love the Presque Isle Food and Music Festival at Schickalay's On The Bay. 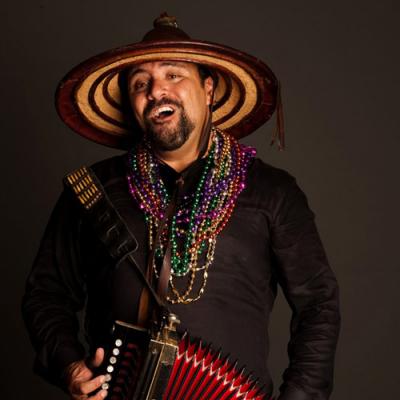 If you like Live Action Creole-Playing, then you'll love the Presque Isle Food and Music Festival at Schickalay's On The Bay. The celebration embraces the diverse food and culture of New Orleans, which can be best described as a gumbo and/or a jambalaya, depending on your personal preference. Both will be available for your consumption, among other Cajun and Creole fare.

The celebration embraces the diverse food and culture of New Orleans, which can be best described as a gumbo and/or a jambalaya, depending on your personal preference.

Few regions embody the "melting pot" of America like Southern Louisiana, which was alternately occupied by the French, Spanish, and their West African slaves before being passed on to the United States in the Louisiana Purchase of 1803. A mass immigration in 1809 brought an influx of both Europeans (Italian, German, Irish) and Caribbean peoples (Haitians, Cubans) and effectively doubled the population of New Orleans. Combine all these ethnic influences, bring to a low boil, and you've cooked up something resembling zydeco music.

According to Creole folklore (Creole = a native-born Louisianan tracing his or her roots to the colonial period), the term zydeco is derived from the phrase les haricots sont pas sale – which translates to "the snap beans aren't salty." See, les haricots (pronounced "lay zarico") were typically infused with salted meat, and the Creoles were reluctant to switch to a low-sodium diet unless economic pressures compelled them to do so. Zydeco – literally "snap bean" – music kept the Creoles from snapping during tough times, drawing communities to the dance hall to forget their troubles. Legumea matata. Don't worry – bean happy.

The timing for zydeco is impeccable for Erie, which could use a pinch of positivity to enliven our community. Who better to conduct than Terrence Simien, the eighth-generation Creole accordionist whose Zydeco Experience has collected two Grammy awards? The band uplifts with its effervescent blend of swamp pop, reggae, boogie-woogie, and R&B, creating an atmosphere where you can just bayou.

Buffalo's 12/8 Path Band (an homage to New Orleans street bands) will also be bringing its top brass to town to march through the Schickalay's facilities. Come on down and join the parade. It's about to get cray, crawdads and daddettes. – Matt Swanseger