Shining a Light in the Basement 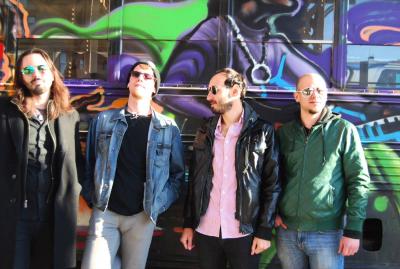 After the frozen hell that was this record-breaking winter, summer couldn't have come soon enough. Along with everything else that summer entails, it also means show season at Basement Transmissions is finally in full swing, and what better way to kick it off than with a weekend chock full of performances.

Starting things off softly for round one of the BT Summer Kickoff is an acoustic and solo artist showcase on Friday, June 8. This widely varied show features incredibly talented local artists such as Jesse Michael, with his looping guitar effects accompanied by his trumpet, a rare coupling of hip-hop and acoustic guitar in the band Unsung Zeros, acoustic duo Doctor Worn featuring members of The Wildeyes, and additional solo acts including James Jackson III, Teddy Rankin, Georgia Buchner, Andrew Henderson, and Aria Alexander. Door price is $8, but only $5 if you bring a friend, so bring someone along and save some money for refreshments!

Round two of the BT Summer Kickoff on Saturday, June 9 cranks the volume up more than a few notches. Well established local bands The Filthy Casuals, Primal Scream Therapy, and Sounds Like A Plan welcome beside them a group of fresh new bands to the Erie music scene: Red Creek, Canary Band, and Mattch, as well as Atomic Karl, making a comeback after an eight year hiatus. Come get your summer fix of rock-'n'-roll, ice cream, and water balloon fights all for just $10.

"We always try to showcase as many new bands as possible to keep things fresh for summer and we have a bunch of new bands I can't wait to see," says Basement Transmissions owner Bob Jensen about the upcoming weekend. "[Summer] is a time when people reconnect because weather and school doesn't prohibit it. We also have some of our scenes best bands and solo artists on these bills. So it's a very important set of shows for artists to connect."

Closing out the weekend on Sunday, June 10, Erie welcomes Chicago progressive jazz group Marbin to Basement Transmission  alongside the Tony Grey Galactic Duo and The Plausibilities for $15 at the door or $10 advance tickets.

But wait, there's more! Kentucky based post-hardcore outfit Greyhaven make their way to Erie with local metalheads Of Shadows and local rap-rock and hip hop artists Revolutionibus and NARY for one last shindig a few days after the weekend on Tuesday, June 12. Tickets are $8 at the door or $5 if you pick them up ahead of time..