Burleigh's contributions to the American songbook are enduring 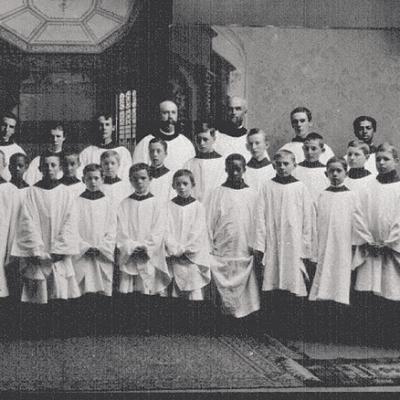 Before The Voice and American Idol, television and even radio, Harry Thacker Burleigh was winning over much tougher crowds. He sung where no African-American had sung before, in white churches and synagogues. His compositions, drawn from the days of slavery, set souls free.

Born December 2, 1866 in Erie, Burleigh displayed an early gift for music, which was cultivated by his mother and mother's employer, Elizabeth Russell. Russell utilized Burleigh as a doorman at the musicales she hosted at her home (musicales = social gathering centered around a musical program, not musical theater), where he was exposed to some of the best singers of the day. From there, he built his reputation in local churches and synagogues, demonstrating a rich baritone as he matured. In 1892, he moved on to New York City, where he studied at the National Conservatory of Music under the Czech composer Antonin Dvorak. Burleigh was a tremendous inspiration to Dvorak, who incorporated elements of African-American spirituals and plantation songs into his compositions and encouraged Burleigh to do the same.

Burleigh did exactly that, gaining renown as a prolific composer of vocal works, with an estimated output of 200-300 songs, most notably song cycle Five Songs of Laurence Hope (1915) and "Deep River" (1917). The latter was probably his greatest hit, spawning numerous arrangements and preparations for various settings. As the popularity of such songs increased, it became customary to end concerts with a set of spirituals. Burleigh himself participated in this tradition many times during his 50 years as soloist at St. George Episcopal Church in New York, where he went from unwanted in 1894 (because racism) to beloved in 1949 (thousands attended his funeral there).

Burleigh's contributions to the American songbook are enduring (indeed, he was a charter member of the American Society of Composers, Authors, and Publishers or ASCAP, a prevalent musician's rights and royalties organization), but Episcopalians hold him in especially high regard — he has his own feast day, celebrated September 11. If you missed the party, fear not — redemption is yours for the taking as St. Paul's Episcopal Cathedral presents "Choral Evensong and Burleigh Spirituals." After the performance, you can buy the Cathedral Choir's Burleigh CD (Hold On! Keep Your Hand On the Plow!), enjoy wine and hors d' oeuvres, and bid on the art of sculptor Jon Chisolm.

Come join the praise of an Erie and American songwriting legend, regardless of your denomination. — Matt Swanseger