Prejean has a powerful voice in the national discussion regarding the death penalty.

by Tracy Geibel
View ProfileFacebookTwitterRSS Feed
May 11, 2016 at 7:45 AM 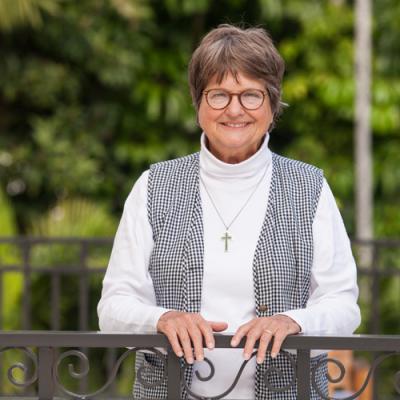 Prejean has a powerful voice in the national discussion regarding the death penalty, and her work has shaped the Catholic Church's opinion, as it now strongly opposes state executions.

Since 1984, Prejean has counseled death row prisoners. She first served as a spiritual advisor to Patrick Sonnier, a death row inmate. Following his execution, she wrote Dead Man Walking: An Eye-witness Account of the Death Penalty in the United States.

"We have had wonderful speakers in our Benedictines for Peace Spring Speaker Series, but Sister Helen Prejean is causing the most excitement," Bertke continued.

Prejean has worked with six men in this situation, some whom she suspects were innocent. In response, she wrote Death of Innocents: An Eyewitness Account of Wrongful Executions, which was published in December 2004. She also travels in hopes of educating citizens about the topic. She considers herself a "southern storyteller."

Prejean is a member of the Congregation of St. Joseph. She spent five years teaching junior high school religion, before moving into the St. Thomas Housing Project in New Orleans. She worked for the Hope House from 1981 to 1984.

The event is open and free to all, though offerings will be accepted.