New books coming out this summer worth opening 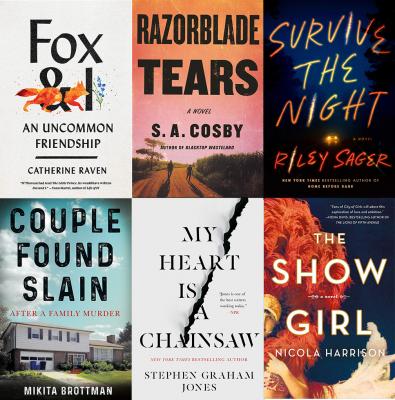 Fox and I: An Uncommon Friendship

After working at universities and teaching field classes, a woman builds a house on a remote plot of land in Montana and befriends a fox. What follows is a story of friendship, nature, and the fable-esque true story of Catherine Raven's time in the wild.

In 1991, college student Charlie carpools with a stranger home to Ohio, grieving the death of her best friend to a murderer dubbed the Campus Killer. But the stranger's suspicious behavior and holes in his story lead Charlie to wonder: is she driving with a serial killer? What comes next is a game of cat-and-mouse where Charlie's main objective is to survive the night.

After A Family Murder

A double murder, a confession, and a ruling of criminal insanity: author and psychoanalyst Mikita Brottman examines the case of killer Brian Bechtold, his life leading to the murder, and what happens to the criminally insane in the aftermath.

In 1927, singer and dancer Olive McCormick moves to New York City with dreams of becoming a star in the Ziegfeld Follies. She meets Archie Carmichael, who wins her over and proposes marriage, leaving Olive to decide if she's willing to sacrifice the life she's worked toward and loves for the man she loves.

My Heart is a Chainsaw

At first glance, this is a story of murder in small-town America; a closer look reveals a critique of American colonialism and Indigenous displacement as well as the story of a young woman who utilizes the horror film genre to mask the horrors in her own life.

When Ike Randolph's son Isiah is murdered alongside his husband Derek, he comes together with Derek's father Buddy Lee on a quest for vengeance. Confronting their own prejudices about both their sons and each other, the ultimate goal is bringing justice to those who hurt their boys.