an album that's anything but fake 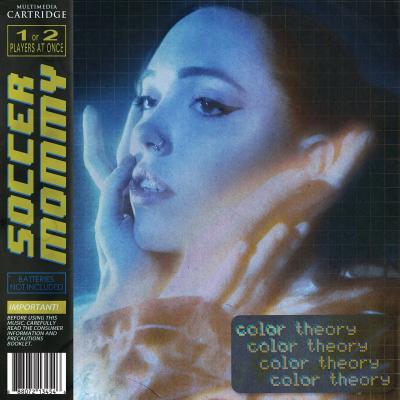 Soccer Mommy fans have had the distinct pleasure of watching Sophie Allison's music evolve, and now, almost exactly two years after the release of 2018's intensely personal debut Clean, Allison and company have returned with an ambitious follow-up that is filled with experimental shades and vivid hues. Like Clean's best moments, most of these songs take full advantage of her band, incorporating a variety of string instruments and, most excitingly, dreamlike keyboard textures. One of the most impressive things about color theory is knowing that it was influenced by the singles Allison grew up with ("If It Makes You Happy," "Torn," and essentially any song you're likely to hear at least twice in a night of karaoke). Singles like "circle the drain" and "lucy" play like updated versions of these instantly familiar tunes; they're songs that could easily soundtrack the closing credits of any number of late '90s/early '00s teen dramadies. "I am fake it 'til you make it in a can," Allison sings on "royal screw up," but by the gorgeous sounds found on color theory, we're fairly confident she's done having to fake anything.