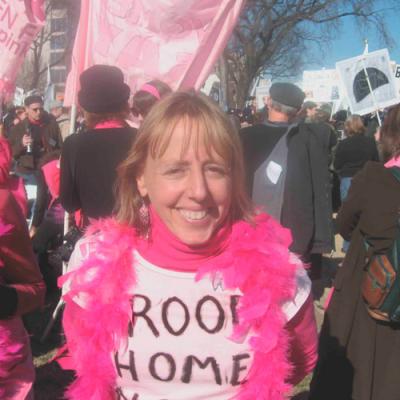 Benjamin has been an advocate for social justice for more than 30 years and is co-founder of CODEPINK: Women for Peace and Global Exchange, an international human rights organization. She has authored eight books, and is the recipient of the Martin Luther King, Jr. Peace Prize from the Fellowship of Reconciliation and the 2012 Peace Prize from the U.S. Peace Memorial.

She is known for her high-level work in Middle Eastern democracy movements, and against sweatshop labor and the use of drones against civilian populations. Her latest book is Drone Warfare: Killing by Remote Control. She was described by New York Newsday as "one of America's most committed — and most effective — fighters for human rights," and "one of the high profile leaders of the peace movement" by the Los Angeles Times.

The event is open to all; a free will offering will be accepted. — Mary Birdsong