A conversation with Wendell Potter, founder of Tarbell.org 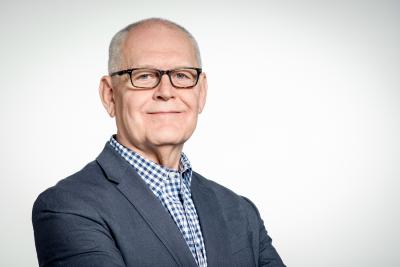 Contributed Photo
Wendell Potter, former head of corporate communications for pharmaceutical behemoths like Humana and Cigna, experienced a u201ccrisis of conscienceu201d after visiting a pop-up medical clinic in Appalachia. The scene shined an ugly spotlight on the staggering disparities between rich and poor, affecting him so greatly that he left his job in big pharma to establish Tarbell.org and crusade for justice.

Questions of motivation and transparency loom large in politics as they do in life, but it seems to take on ever more importance during an era in which black-and-white media and the delegitimization of institutions have become the norm rather than the exception.

"I want people to understand how their thoughts are being manipulated in ways that they just never take into consideration," says Wendell Potter, who spoke before a crowd of nearly 100 people at the Jefferson Educational Society on January 29.

Potter is the driving force behind Tarbell.org, a non-profit journalism start-up that is reader-funded and ad-free. That combination is a point Potter would rather you not miss because, as he sees it, the public has long-held mistrust of the government with little understanding of the corrosive corporate forces that shape the national political agenda.

Potter and Co. are inspired by the legacy of Ida Tarbell, the turn-of-the-20th-century Erie County-born muckraker whose 19-story series on the history of the Standard Oil Company continues to inform and — as Potter reminds us — inspire investigative journalism in the 21st Century. We sat down after his Jefferson Society presentation to talk Ida Tarbell, transparency, and power in politics.

Jim Wertz: I'm interested in this idea of the legacy and the ghost of Ida Tarbell coming through in the work of Tarbell.org. How do you see that legacy manifesting itself in what you're doing with the organization?

Wendell Potter: Our approach will be similar to what hers was in looking at the corporate monopoly that was the Standard Oil Company. That was one of our overriding reasons for doing what we're doing and then realizing that because the work she did was so impactful, it'd make a lot of sense to name what we're doing after her. I think by using her name, we'll be reminded of the approach she took and the way that she wrote the stories, the research that she did, the credibility that she had. As I said, when you look at them today they may look fairly dry, but they were very well-received and very well-read during her era, and made a very huge impact, and she said — it was in Doris Kearns Goodwin's book — that she hoped that Americans would rise up and demand a difference, demand change. We want to do that as well too, and we may go a bit further than what they did at McClure's or what any news organization does. We want to expose the problems, but we also have a focus on "solutions journalism." We don't want to leave readers in despair and to think these problems are intractable. They're not. It can be solved and it can be addressed. We want to do stories, investigate solutions as well as problems, and also help people learn how they can get involved and why that's important. I think that a lot of people are cynical, frustrated and cynical, in thinking the system is rigged, and [wondering] why [they should] even bother to vote. But we want to help people understand the value of citizen engagement. And that if we are ever to have change in any area, whether you're talking about healthcare or the environment or money and politics broadly, it requires people paying attention and getting involved.

JW: You talk about wanting to rescue the readers from despair, but I also think about journalists, particularly in this era, who seem to be under a constant state of attack, especially investigative journalists.

WP: I was part of that machine on the other side. I know how it works. I hope that we can help people understand that machine and what the odds are that truth can actually get through. I want people to understand how their thoughts are being manipulated in ways that they just never take into consideration.

JW: When you talk about investigating corporate culture and corporate influence, right out of the gate you have two significant subjects: one from your background in healthcare and the other from the media industry. Where do you see the greatest corporate threat to democracy?

WP: I think it has become one behemoth, or a behemoth with many different elements. It's not good either that we have a president and other politicians who try to delegitimize the media and who have taken the term "fake news" and used it in a way that it wasn't used in initially. It was, as you know, an expression to try and describe "information," if you call it that, or misinformation on the Internet that was not truthful by definition and then it was just co-opted and taken as a term, and it's used and a lot of people believe it. There is reason to do that, because if you can delegitimize the media, it's a good thing for corporations. And I think even investigative journalism plays a role in some of the problems we have now. Most of the investigative journalism has been focused on government and politicians and I think that even contributes to people's concern or distrust of government and then you have a relentless campaign that people aren't even aware of that corporations and trade associations and U.S. Chamber of Commerce and others have been carrying on for a long time to get people to distrust their government — to be opposed to even appropriate regulation — that works to corporate benefit.

JW: There seem to be a number of non-profit news entities in the last decade or so, that have sprung up to try to address many of the concerns that you just articulated, so how is Tarbell.org different?

WP: Well first of all, we don't see ourselves as competitors to ProPublica or the Center of Public Integrity. Our sole focus is going to be looking at the true power in this country. It's not the politicians. I think there is this misunderstanding that the president and members of Congress hold power — they don't. It is the corporate leaders and the leaders of big trade associations like the American Medical Association, Hospital Association, and Dental Association that can write big checks to influence elections and public policy. So, we're looking through a lens that I think is a bit different and a target that's a bit different. You can't write these stories or present this information without involving politicians and government, but it's gonna be with a different focus. We want to also investigate solutions, and that's going to be as important to us as investigating those who are financing the corruption and exposing them and also having people understand how they are affected by this.

Jim Wertz can be reached at jWertz@ErieReader.com and you can follow him on Twitter @jim_wertz. Also, read Tarbell.org's first investigative series on the political influence of big pharma at Tarbell.org.