Sony, North Korea and the Farce of Fiction

Sony, Seth Rogan, and Kim Jong, Oh My! This may be better than fiction. 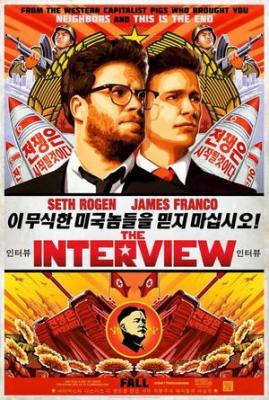 When the theater of absurdity that is the Sony Pictures/Seth Rogan, et al/North Korean hackery scandal finally subsides, the American people may be in for a stellar encore.

This all has the feel of something that started as a rather profane publicity stunt gone very, very wrong.

There's little doubt that Sony Pictures Studio was hacked. However, there seems to be evidence enough to support, at the very least, a skepticism that this sophisticated jailbreak fits the M.O. of a country that powers down its public utilities at night so that it has enough juice to run the supreme leader's DVD player in the morning.

There were no repercussions from the release of that modern classic, but then again it was 2004 and you can do more with less on the internet in 2014.

Nevertheless, North Korea has few, if any, capabilities to carry out the threats that were disclosed in the wake of the hack.

If any nation-state was ever to act in retaliation for American filmmaking it would have been the Soviet Union.

The Soviet Ministry of Culture frequently offered scathing criticism of the spate of anti-Soviet films produced by Hollywood during the 1980s. The Deputy Minister of Culture argued that American film was selling the wrong kind of hero to its audience by creating a "killer with ideological convictions."

When the ABC network announced it would air a twelve-hour mini-series depicting the Soviet takeover of the United States, Soviet officials publicly objected.  Amerika (1986), originally titled "Topeka, Kansas, U.S.S.R.," depicted American life ten years after the United States fell to the Soviet Union.  Soviet officials threatened to revoke the press credentials of ABC reporters if the miniseries aired. The program was delayed by the network, but it aired later that year with no action taken by the Kremlin.

The Soviets had military capabilities to take action and escalate the Cold War to World War III. But they weren't willing to do it over a movie.

And this was just the beginning. Think of the number of communists of all nationalities and ethnicities - Soviet, Cuban, African, pick a country - who were brutally assaulted before being assassinated at the hands of Chuck Norris, Sylvester Stallone, and anything produced by John Milius since 1983.

So here's my best guess at what happened and we'll see how this plays out in 2015:

The film will ultimately be released in some format, but probably not before Sony executives, who once looked only for free publicity, emerge from some broken corner of Los Angeles to scrape the Pyongyang egg off their face.

Accept this as counter narrative or prognostication. Either way the facts in this case are going to be better than any fiction Sony produced last year.