If you want to see the most interesting developments happening in film today, you need to check out South Korea. 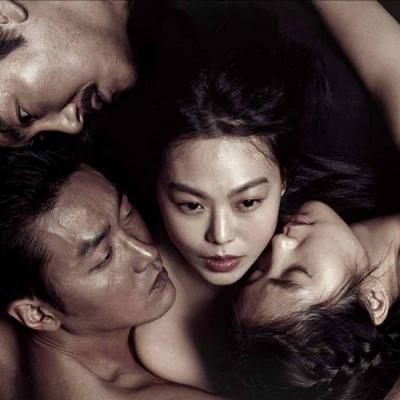 If you want to see the most interesting developments happening in film today, you need to check out South Korea. For over a decade now, the South Korean film industry has been experiencing a boom of creativity, with filmmakers like Joon-ho Bong, Sang-ho Yeon, Ji-woon Kim, Sang-soo Im, Ki-duk Kim and many others making original, provocative, and challenging films, some of which have even achieved mainstream American success. However, no Korean filmmaker is more famous in the States than Chan-wook Park.

Park became well known after his so-called "Vengeance Trilogy": a series of films all centered around the concept of revenge. These included Sympathy for Mr. Vengeance, Sympathy for Lady Vengeance, and most famously, Oldboy, which has gone on to develop a strong cult following since its 2003 release; one that even inspired an American remake. Oldboy in particular was a boundary-pushing film that sought to explore taboos within society in a very blunt, shocking manner while also subtly poking fun at modern society. Park would go on to do the same thing with his next films, Thirst and Stoker – his first movie made by an American production company.

His newest film, The Handmaiden, is the story of a young Korean woman who is hired as a handmaiden for a Japanese heiress, but she is secretly involved in a plot to defraud her. It seems that Park is continuing on his path of provocative, taboo-shattering, boundary-pushing cinema. If you're at all interested in what one of the most exciting and creative figures in world cinema has in store for us, head to the Erie Art Museum and see The Handmaiden for yourself. – Forest Taylor