Spike Lee's Chi-Raq Offers an Audacious, Ambitious Look at the World We Live in

Chi-Raq might not be the best film of 2015, but it's probably the one that best represents the uncertain zeitgeist we live in. 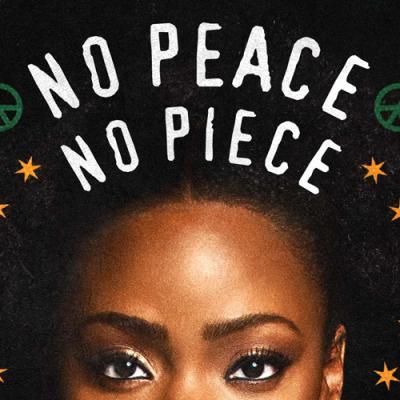 It's inspired by Lysistrata, a classical Greek comedy by Aristophanes. Most of its dialogue rhymes. It's kind of a musical, though it won't call to mind Grease or West Side Story. You could probably call it a comedy, though there's nothing funny about the issues it deals with. At times, it's compelling and provocative. It's also, occasionally, annoying. But absolutely worth seeing.

The premise is completely absurd (though Lee doesn't expect us to take it too seriously). After a small child is killed by accidental gunfire in a gang shootout, the ladies of Chicago's troubled south side decide to withhold sex from their men until the violence ceases. The protest spreads until sexual frustration has overwhelmed not only the film's gang-banging protagonists, but also the mayor, the president, and (eventually) the world.

As a parable about gender dynamics, Chi-Raq is pretty simplistic. Its men are all dogs, and its women are scantily-clad angels. But as its focus shifts toward the concentrated poverty, racism, and violence that plagues our most vulnerable communities, it starts to pack a punch.

As a parable about gender dynamics, Chi-Raq is pretty simplistic. Its men are all dogs, and its women are scantily-clad angels. But as its focus shifts toward the concentrated poverty, racism, and violence that plagues our most vulnerable communities, it starts to pack a punch. Better still, it rarely crosses over into faux-serious, Oscar-bait territory. Spike Lee is true to his wild, weird vision.

Take, for example, the cast. It's an oil-and-water mix of bad decisions (Jennifer Hudson as a grieving mom), good decisions (Samuel L. Jackson as our extremely loud Greek chorus), fun stunt casting (Dave Chappelle as the owner of a strip club), and completely inexplicable stunt casting (John Cusack as the energetic preacher of a mostly-black church). These decisions keep things fresh and unexpected – even when they don't particularly work.

The set design is also wildly innovative – each rival gang is filmed in its own, distinct color pattern. Almost all of its establishment shots involve graffiti, signage, and murals – making Chi-Raq feel like a cross between Jean Luc-Godard and an episode of Empire.

I'm not going to lie to you – parts of this movie are pretty disastrous. But like much of Lee's best work, there's a sense that the director is thinking out loud, with a brazen lack of inhibition. He's certainly not worried about what some smart aleck at an alt-weekly thinks of him, and his confidence is contagious. Chi-Raq might not be the best film of 2015, but it's probably the one that best represents the uncertain zeitgeist we live in. — Dan Schank