The Society of Professional Journalists has revised its code of ethics. Simply abide. 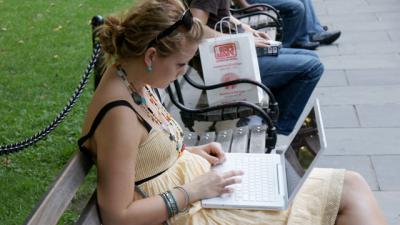 Photo by digitaljournal.com on Flickr used with Creative Commons license.

This weekend at the conclusion of its annual Excellence in Journalism Conference, The Society of Professional Journalists (SPJ) finalized a vote to revise its Code of Ethics, a document akin to the medical community's Hippocratic Oath.

The Code of Ethics is founded on four basic tenets: Seek Truth and Report It, Minimize Harm, Act Independently, and Be Accountable. Those tenets remain the foundation of the new revision.

The current revision is intended to deal with the changing nature of professional journalism in an increasingly globalized media environment.

The project began in 2013 and the document has been through several drafts during the past year.

The fact that this organization has chosen to revise its guiding principles is significant for several reasons.

First, revisions to the code are an acknowledgement that the paradigm shift in the production of media content is permanent. Media organizations are by nature tepid toward change. It's part of the reason that legacy newspapers and television stations had difficulty adapting to and settling on an appropriate and functional model of online delivery. Many still struggle with an appropriate level of online engagement with their public, non journalistic audience.

Third, it's an opportunity for the SPJ to affirm the importance of journalistic foundations, which many people thought to be undermined by "citizen journalism." This is perhaps one of the more controversial points.

Some SPJ members and non-members will not be satisfied with the rather conservative revisions and the retention of traditional journalistic principles in the revised Code of Ethics given the vast ecological and philosophical changes to the media landscape since 1996. The new document, however, serves as "abiding principles" for journalism as an act rather than a professional endeavor, which is perhaps the most radical notion of all.