Spring Show: The Boys of Fall 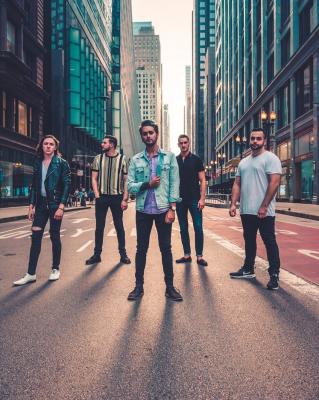 It may officially be spring, but Boys of Fall are coming to Erie to play the second-ever show at the Ballet Haus.

Coming from Detroit, Boys of Fall bring a very clean-cut brand of pop-punk/pop-rock to the stage. After breaking up for a short time, they reunited due to fan demand after the posthumous success of their album Thank You & Goodbye. This success caught the attention of InVogue Records, which led to the 2018 release of the EP, Chasing Lonely, and the follow up full-length, Better Moments, which debuted at No. 7 on the Billboard Alternative New Artist chart in October of 2018. The band released music videos for the album's two singles, a fairly standard white-background video for the song "Heartbreaker," and a more creative and humorous Revenge of the Nerds-inspired video for the incredibly catchy song "Bad Company."

Opening for Boys of Fall Erie's own Real Fake Doors, who are releasing their debut EP 11th and State, named after the location of the studio where the band first met. Real Fake Doors released a music video early this month for their single off the EP, "Falling," a song which stylistically touches on everything from pop-punk, , and good old rock 'n' roll.

Next on the bill are First to Eleven, an Erie based alternative rock group. First to Eleven take their new music in a much different direction on their latest single "Thrill" than their Dead to Me and Out of Time EPs, with "Thrill" sounding much more like a top 40 pop song than alt-rock. The band also released two 18-track cover albums last year, and have racked up millions of views on their popular YouTube channel.