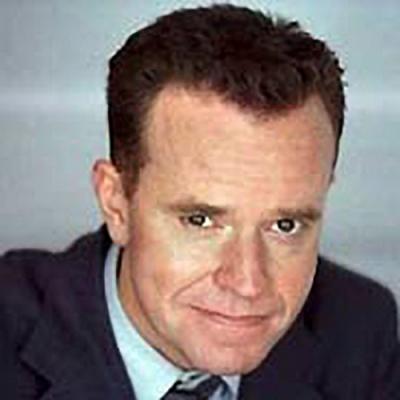 Jr.'s Last Laugh headliner Steve Hytner has 90 acting credits to his name, but most people aren't aware his name is not Kenny Bania. Although he'd prefer you'd call him that as opposed to Hitler (the name his spellchecker insists on).

Hytner is most renowned for his recurring role on Seinfeld as the cut-rate comedian Bania, who leverages a "gifted" Armani suit into dinner dates and professional advice from his idol, Jerry. His persistence garners the attention of audiences, NBC talent scouts, and even Jerry's ex-girlfriends – much to Seinfeld's annoyance. "Alright, I'll leave you alone," the sycophantic Bania was known to say after making his pitch, with no promises of that actually happening.

Hytner is far less obnoxious than his fictional counterpart but certainly as dedicated.

Hytner is far less obnoxious than his fictional counterpart but certainly as dedicated. His career spans nearly 30 years, including appearances in films such as In the Line of Fire (1993), The Prophecy (1995), and Face/Off (1997) and prominent network TV series such as Friends, CSI, King of Queens, and Two and a Half Men. His standup reflects life, both in the ways it's changing (the rich hiring "dog whisperers" and valet parking at Little League games) and the ways it will never change (children's lack of a filter, the differences between men and women).

There will be two shows on both nights, with an optional dinner – as in full meal, buffet-style – because everyone knows soup doesn't count as reimbursement of outstanding debts. Bring your friends, significant others and/or your favorite creditors (if there is a distinction between the two) – it's going to be comedy gold, Erie. Gold! – Matt Swanseger