The Stoney Point High Tour is coming to Basement Transmissions.

by Tracy Geibel
View ProfileFacebookTwitterRSS Feed
July 20, 2016 at 9:30 AM 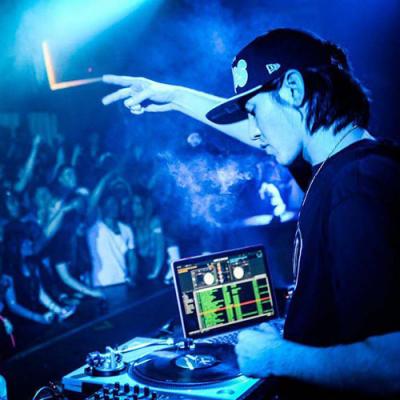 This joint will be lit.

"Whether sampling other artists or composing his own beats, DJ Hoppa has an innate sense of groove that never comes across as manufactured or mechanical," Jamey Bresden of The Deli Magazine said. "He borrows sparingly and delivers tastefully – never running classic tracks into the ground, but presenting them as gentle reminders of the better days, back in the day."

Through his musical talent and his label Broken Complex, Gresh has left his mark on hip hop music everywhere.

Gresh grew up surrounded by music. His mother played the cello, his father played the trumpet, and young Gresh played an array of musical instruments from the piano and the drums to the bass and guitar. He then turned to Technics turntables and samplers. Through his musical talent and his label Broken Complex, Gresh has left his mark on hip hop music everywhere, but especially on San Fernando Valley, California, where he grew up.

Like DJ Hoppa, Demrick, also known as Young De, is visiting Erie from California. But he only moved across America after encouragement from Kurupt. In 2007, he released the album Philly 2 Cali with Kurupt. He has also collaborated with Xzibit, B-Real, Snoop Dogg, and others.

For Demrick, his music is real and relatable.

"The songs I write are about my life, friends, family, and people I've met along the way," he said. "Most of my inspiration comes from my everyday experiences." – Tracy Geibel