Strangers to Ourselves // Modest Mouse

Strangers is quintessential Modest Mouse: Inisghtful yet quirky, jerky yet smoot, and existential yet fun. 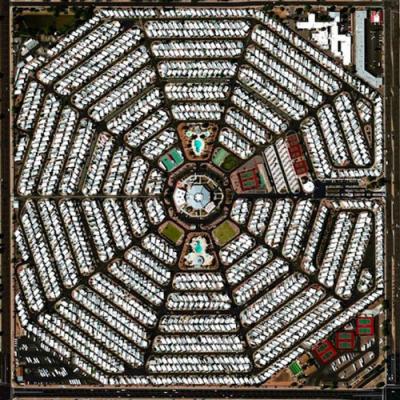 The best way to get an initial grasp of Modest Mouse's sixth full-length studio album is by reconciling what it isn't: It plays neither like an album eight years in the making, nor does it sound like an album from a band that released its debut record nearly twenty years ago. The 15-track album never drags, and although its opener and closer are more subdued – lullaby-esque in a haunting Isaac Brock-ian manner, of course – Strangers is quintessential Modest Mouse: Insightful yet quirky, jerky yet smooth, and existential yet fun. Longtime bassist Eric Judy and We Were Dead Before The Ship Even Sank addition Johnny Marr are missed, but the multi-instrumentalist duo of Russell Higbee and Lisa Molinaro slide easily into the fold. Brock's still barking, howling, and crooning, but more importantly, his writing remains solid, as astute and cutting as ever, still starting out in his brain but bursting out onto the page from his heart. – Ben Speggen