Jay Stevens bids farewell to a city like no other. 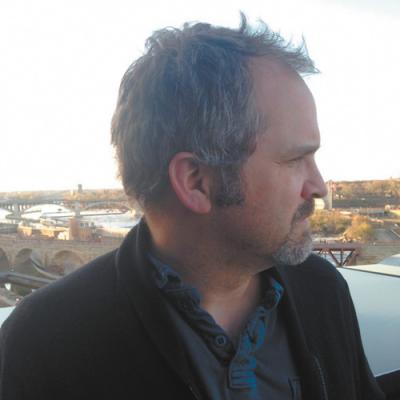 When I moved to Erie almost eight years ago, the first thing I noticed was the tailgaters. Drivers in Erie love to tailgate. It doesn't matter where you are driving. It doesn't matter how fast you're going. You could be on I-90, 12th Street, or in a goddamned parade on State, there'll be someone on your ass minutes after you take to the road.

Once I was driving on a residential street, going maybe 30 or 35 in a 25 miles-per-hour zone at the back end of a long string of cars, when a kid pulled up behind me and got so close I couldn't see his headlights, his grill, the front half of his hood. If he were any closer, he'd be in my back seat. What's he doing? I thought. Does he think he's going to make me go faster? And then, across a double-yellow line, a residential street! A Saturday afternoon! Kids out on their bikes! He passes us all.

Which reminds me of one of the first columns I ever wrote for the Erie Reader, about crosswalks, and how dangerous they were because no one stops to let you across. Commuters won't stop for schoolkids – unless there's a crossing guard, and even then it's dicey. I held my breath every time our crossing guard stepped into the street. And I've seen cars skid through the crosswalk with my kids in it, nearly running over their toes.

It seems like everybody's in a hurry to get someplace else.

Which pretty much sums up Erie.

And then there's this. Someone I talked to for a Reader story, also originally from out of town. We were commiserating about how tribal Erie can be. How friendships and rivalries go back decades, and how hard it can be sometimes to make friends, bust into the community. Living in Erie, he said, is like living at a perpetual high school reunion for a school you never went to.

How many times people asked what street and block I lived on, and then how they had a friend who grew up in the house next door, or how they themselves grew up in the house next door. Once I was at a party and I started talking with a guy. As part of our small talk, where I lived in Erie came up. "No shit!" he said. "When I was a kid, I used to knock over people's garbage cans on that block!"

And that, too, sums up Erie.

So does the storm that blew over the Flagship Niagara on her way back from Lake Ontario. She was nearly home. You could see the entrance to the harbor ahead, the smokestack in front of the Erie Maritime Museum beyond, Presque Isle on our right. The storm, a solid black cloud laced with brilliant streaks of lightning, raced over us and we had to drop anchor, ride it out. The captain ordered lifejackets, the rain hit us hard and cold, blown sideways by a force 10 wind, and one of the high school trainees was crying, but there wasn't much you could say to him because, yeah, right now you can imagine the ship sinking right here, just outside the harbor.

And then, like that, the rain stops, the wind calms, the cloud barks and shakes its way up the coastline to Buffalo. The anchor's retrieved, the sun's out, and a rainbow arcs over the trees and beaches of Presque Isle, and that, too, is Erie.

So is picking blueberries, peaches, and green beans. And planting green onions with a stick until the backs of your thighs ache. And leaning back on the hill at Liberty Park with a beer, listening to music. And the pirate wolf's head on the crisp, white shirts of our SeaWolves at Jerry Uht Park. And gagging a little at the smell as you round the corner of the Bayfront Parkway where the wastewater treatment plant sits.

Did you know I wrote a piece about the plant? Not unless you're my editor. It never got to print. But I toured the plant and got to stand at the top of the incinerator tower and look over the bay.

"The view is breath-taking," I wrote then. "On one side are the settling tanks. They look like swimming pools – at least half a dozen in neat rows, filled with oily brown sewage. Some are swirling and bubbling like hot tubs, and you have to remind yourself the jets are feeding air to feces-eating bacteria. On the other side is the lake and peninsula, and as the Assistant Bureau Chief and I stand talking on the incinerator, the Niagara rounds the point with sails aflutter, emerging from the bay. I point out the swallows that dart among the settling tanks.

That's Erie, isn't it? Deeply weird and listless at times – but then full of surprises, and vitality.

"'Like the Capastrano swallows,' says the Assistant Bureau Chief, 'they return every year.'"

That's Erie, isn't it? Deeply weird and listless at times – but then full of surprises, and vitality. If you're trying to, I don't know, build an inland port, it can be a frustrating place. But if you're a writer, Erie is a rich and fertile ground for your work. Thanks to the Erie Reader, I got to know this city intimately. Without the Reader housing my work and sending me on assignments to meet with people I'd otherwise never know and to go places I didn't know existed, my life in Erie would have been small.

So maybe you can see where this is going. I am done. I'll no longer write for this paper in your hands. Last summer I moved to Minneapolis, and I hung on to the Reader as long as I could, but you just can't write for a place like Erie without living in a place like Erie. This is my farewell column.

So, goodbye, Erie. And thank you. You were an excellent neighbor and friend, and you'll live with me always.

For just two weeks more from the date this issue hits stands, you can contact Jay Stevens at Jay@ErieReader.com. You can follow him on Twitter @Snevets_Yaj.