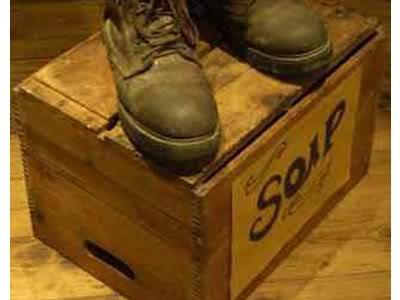 Recent polls show President Barack Obama taking leads in the top three swing states. Obama now leads Republican presidential nominee Mitt Romney in Florida (49 percent to 44), Ohio (50 to 43), and Virginia (49 to 44). These states represent 60 electoral-college votes of the 270 needed to win the presidency, and if Obama wins all three -- along with the states that are likely and leaning Obama -- he's virtually assured the presidency. Presidential poll guru and New York Times columnist Nate Silver pegs Obama's likelihood of winning in November at around 75 percent. Given the sweeping Republican victories in 2010, the conservative voter enthusiasm gap, and the negative effect of an underperforming economy, it seems surprising that the president is polling so well. How did he do it?

Maybe you don't have to look further than the recent presidential conventions. Conventions do usually give their candidates a bounce in the polls, and the Democratic National Convention did occur more recently, in the first weekend of September. And it was probably the big names, the excitement, and pageantry of the event that drew the voters.

But I like to think it was because voters – otherwise occupied with bills, soccer practice, health issues, and work – were actually paying attention. Because if they were, they would have seen the newly selected Republican vice-presidential nominee, Paul Ryan of Wisconsin, give a barn-burner of a speech at the Republican convention -- a speech that was, er, "misleading" and "factually incorrect," as many of the politer news agencies characterized it.

Among a myriad of other, er, inaccuracies was Ryan's claim that Obama was responsible for the recent downgrading of the U.S. credit rating (which affects the interest rate at which the nation can borrow money) – although S&P, which was responsible for the rating, explicitly blamed House Republicans' refusal to raise revenue as the reason for the downgrade. Paul Ryan is a House Republican. Ryan also claimed the Obama administration wanted to gut Medicare benefits by $716 billion. In truth, the administration did cut that amount from the Medicare budget, but not from benefits – from payments to medical providers. Ryan also claimed he wanted to preserve the program – but he's introduced plans to radically alter the program by replacing benefits with a voucher program whose value will diminish over time, effectively killing the program altogether.

Contrast Ryan's speech with Bill Clinton's at the Democratic convention. Largely improvisational, Clinton in usual down-home charismatic fashion spun a speech dense with numbers and facts and claims and policy, essentially attacking the GOP and Ryan for their, er, misstatements. "It takes some brass," said Clinton about Ryan's earlier, er, prevarications on Medicare, "to attack a guy for doing what you did." FactCheck.org called the speech, "Our Clinton Nightmare," largely because it contained so many facts to check, and most of them were accurate. That is, it provided a lot of work, but little to show for it.

The contrasting styles and content of the two speeches say it all. On one hand, you have bombast built on, er, misstatements, perfectly characteristic of the Birther movement within the Republican party (and GOP-controlled Kansans is even considering keeping Obama off the ballot over birth certificate "concerns"), the cries of "socialism," and weird conspiracy theories about climate change and environmentalism. On the other, you have a frustrated speech based on policy and fact, perfectly in line with the thwarted Democratic attempts to write law and run the government by consensus.

Not that the Democratic platform is perfect, or even good. It's that the GOP once again has utterly failed to offer anything substantial, let alone realistic. You can't balance the budget without raising taxes. You can't create jobs or kick-start the economy by blocking bills designed to, well, create jobs and kick-start the economy. And you can't rebuild a vibrant middle class by giving all the breaks to the wealthiest among us.

Maybe it's a convention bounce. And maybe it'll fade when the buzz fades and the attention focuses on whatever campaign tidbit makes headlines next. Still, we can only hope the Obama poll numbers represent voters starting to pay attention.

Jay Stevens can be reached at Jay@ErieReader.com