In the last issue, Jay Stevens wrote about climate change and Lake Erie. He's returning to the topic and setting his sights on the politics of the issue.

by Jay Stevens
View ProfileFacebookTwitterGoogle+RSS Feed
June 12, 2013 at 8:45 AM 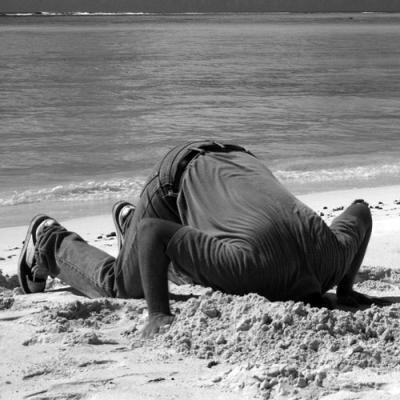 Last issue, I wrote about several threats to the environmental health of Lake Erie. Among them was climate change. But here's the thing: climate change is the biggest threat of them all.

For starters, climate change influences or even causes some of the problems afflicting the lake. Climate change creates the conditions in which algae blooms thrive. And warming lake waters make Lake Erie more hospitable for invasive species. But these are the things we know about during the early onset of climate change. What awaits us in the future, we don't know. And that's what should really concern us.

So what are we doing to curb climate change?

During his Inaugural Address this January, President Barack Obama promised to tackle climate change. "Some may still deny the overwhelming judgment of science," he said, "but none can avoid the devastating impact of raging fires and crippling drought and more powerful storms."

And yet, here we are, with no climate change legislation on the Congressional table. No funding for climate change initiatives in the most recent budget. Has he gone back on his promises? Is climate change reform dead in the White House?

According to Grist's David Roberts, maybe not. In a post on the environmental website's blog, he noted that the "social cost of carbon" – the amount of harm, in dollars, that a ton of carbon emissions does – as calculated by the federal government, increased by 60 percent recently.

"This will, all things being equal, increase by 60 percent the amount of carbon mitigation that can be economically justified," wrote Roberts. "That's a big deal."

It is a big deal, especially because it represents how the Obama administration has been forced to fight climate change: through regulatory change.

The administration has enacted a number of these changes, from increasing fuel-efficiency standards and appliance-efficiency standards and, of course, the tax credits for improving energy efficiency in homes across the U.S. And now the EPA is looking at regulations that would cap emissions for existing power plants – a huge step towards reducing carbon emissions, given that almost 40 percent of all national carbon emissions comes from coal-burning power plants.

So, why is this a big deal? Because it's not being done through Congress. Ever since a carbon cap-and-trade bill flopped in Congress in 2010, legislators have avoided climate change bills like the plague.

Why? Because climate change skeptics wield too much power.

Here's the thing: There really is no evidence that climate change isn't happening, and that human activity isn't contributing. There's really no competing theory explaining the readily observable and rapid spike in global temperatures. On the other hand, there's overwhelming evidence that global warming is happening, and is here.

Heck, global warming already has had discernible effects on our environment, and economic consequences for the American taxpayer. In the West, for example, federal costs for fighting larger and hotter fires – spurred by climate change – have increased by billions. And Lake Erie algae blooms adversely affect fishing and tourism, costing the region an incalculable amount.

That is, to be a skeptic on climate change as a public official requires an obliviousness that borders on recklessness. But then, climate change skepticism is a political position, not a scientific one. Skeptics question climate change, not based on the science, but because it's considered a liberal issue.

I can't imagine a worse response to our generation's greatest challenge – and maybe the greatest challenge to have ever faced the species. We need everyone involved in this problem. And I don't particularly care how we go about fixing it. Heck, if there's a conservative free-market solution, I'm all ears.

Unfortunately that's not where we're at right now. While Obama's policies – combined with the recession and cheap natural gas – have reduced carbon emissions (and by over 10 percent since 2005!), it's been done in stealth mode, by regulations and through federal agencies. But in addition to that, I think we need a very public discussion, and a very public solution.