If you are 27 or younger, every single month you've spent on this planet has been hotter than average. Think about that for a moment, then read the rest of Jay Stevens' startling piece on global warming.

by Jay Stevens
View ProfileFacebookTwitterGoogle+RSS Feed
November 29, 2012 at 11:00 AM 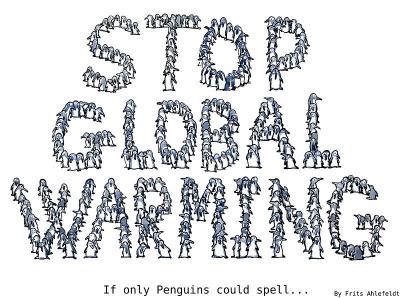 Now that President Barack Obama won reelection and Democrats made strides in the House and Senate, it's time to address the biggest crisis facing the nation.

I'm not talking about the "fiscal cliff." That's overblown election rhetoric designed to scare you into supporting drastic cuts to Social Security and Medicare while preserving the generous tax rates on the wealthiest among us. I'm also not talking about terrorism or immigration reform or ending the War on Drugs, either. Or prison reform, the lack of education funding in places like Erie, or the growing divide between the rich and the rest of us.

These are all critical issues, but none are as urgent and threatening to us as a people as climate change.

This year was the hottest on record -- October 2012 was the "332nd month with an above-average temperature," according to the National Ocean and Atmospheric Administration. According to Grist's Philip Bump, "...if you were born in or after April 1985, if you are right now 27 years old or younger, you have never lived through a month that was colder than average."

Lost perhaps in all the election furor were disturbing revelations about climate change that should frighten you. First, a study of the past 60 years' of global temperatures by a team led by NASA Godard Institute for Space Studies head, James Hansen, showed that climate change is having more dangerous consequences at lower temperatures than previously thought. That is, climate change has already been responsible for an increase in extreme weather events -- droughts and super storms have battered the planet much more frequently than can be explained by normal, natural variance -- events and effects that scientist previously thought would happen only at higher temperatures.

Global warming, for example, is responsible for the drought that has hit the Great Lakes region, as lake levels are the lowest in recorded history going back to the 1960s. This drought affects how much cargo ships can haul, and has already had a negative impact on the regional economy.

What does all of this mean? It means the Earth is more sensitive to temperature change than we thought, the temperature is rising at rates predicted by the gloomiest climate models, and the current efforts to reduce carbon emissions come nowhere near what's needed to curb global warming to "safe" levels.

Kevin Anderson, former director of the Tyndall Energy climate research institution in Great Britain in a paper released this year, reported: "...a 4 degrees Celsius [7.2° Fahrenheit] future is incompatible with an organized global community, is likely to be beyond 'adaptation,' is devastating to the majority of ecosystems, and has a high probability of not being stable."  That is, the planet will be unsuitable for human habitation. Goodbye, human species.

That is, climate change is a pretty important topic, and we need to do something to curb greenhouse gas emissions now. There's no time to consider the feelings of conservative conspiracy theorists who cling to the notion that global warming is a hoax. We should not spend any energy engaging or coddling these proponents of pseudoscience. What we do here and now will dictate how -- if -- our children live. It's up to the President now to set the agenda and pace for curbing climate change, and there's no room for compromise.