Street Corner Soapbox: Edward Snowden, A Slacker or the Man Who Set Us Free?

Snowden began leaking documents June 2013 that revealed a global surveillance apparatus run by the NSA. Still in exile, is he a hero or the villian in this story?

by Jay Stevens
View ProfileFacebookTwitterGoogle+RSS Feed
March 5, 2014 at 9:21 AM 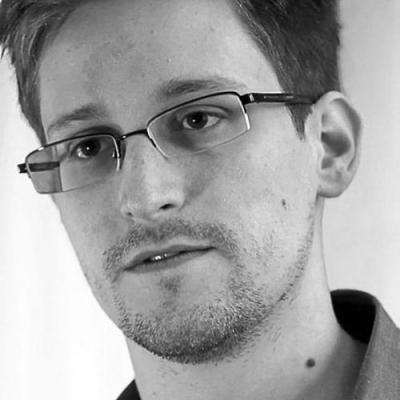 Politico's Roger Simon called Snowden "The slacker who came in from the cold," and accused the contractor – "possessing all the qualifications of a grocery bagger" – of whistleblowing on the NSA as a kind of psychological compensation for failing to attain an advanced degree or finish his military training. "We've screwed this up," said New York Times columnist, Andrew Ross Sorkin, "to even let him get to Russia." Sorkin, apparently forgetting he was a member of the media and not of the government, also called for the arrest of Glenn Greenwald, the journalist who worked with Snowden to break the NSA story.

The Washington Post's Walter Pincus – a hereto respected name in investigative reporting – wrote an embarrassing column for his paper, accusing Snowden of working for Wikileaks founder, Julian Assange, a column that later earned no less than three paragraphs of corrections from the paper's editor. Another WaPo columnist, Richard Cohen, called Greenwald, "vainglorious," and Snowden, "a cross-dressing Little Red Riding Hood." It's not like the Washington Post's editorial board blushed over these opinions; in July, the paper ran a patronizing editorial advising Snowden to turn himself in before he "harms efforts to fight terrorism and conduct legitimate intelligence operations."

It's been a long time since last summer – a long, long, cold time – and we've since learned a lot about the "legitimate intelligence operations" that the NSA has been conducting.

We learned that the NSA spied on foreign diplomats, embassies, and world leaders. We learned that the U.S. spied on our allies and tapped the cell phone of German Chancellor Angela Merkel and as many as 35 other prominent heads of government. That the NSA and its British counterpart monitored the delegates at the recent G20 summit – and not out of any security concern, but to gain advantages in trade negotiations. We learned that the NSA has been involved in corporate espionage. The NSA hacked into the network of the Brazilian oil company, Petrobas, and has been spying on Venezuela's state-run oil company, PDVSA.

We also learned that the NSA deliberately plants misinformation on the Internet to ruin the reputation of targeted individuals. Among the targets of the NSA's misinformation campaign were members of the hacktavist collective, "Anonymous." And we most recently learned that the NSA assisted their British counterpart, The Government Communication Headquarters (GCHQ), in collecting images, many of them sexually explicit, from Yahoo! webcam chats of more than 1.8 million users between 2008 and 2012.

In short, we learned that the NSA, working together with other surveillance agencies and with the support and assistance from a number of technology and telecomm corporations, has created a vast, global surveillance system, operates with little or no oversight, and targets data collection indiscriminately.

And what we've learned pisses us off. Polls taken of U.S. citizens as late as January show that two-thirds of Americans were concerned by the revelations of the NSA's programs and activities. In response, President Barack Obama has proposed reform of the agency – which most privacy advocates pan – and Congress will likely address it, as well. And Glenn Greenwald won a Polk Award in Journalism for his reporting of the NSA story – a shift away from the initial calls for his arrest.

But what about Edward Snowden? By now it's obvious the whistleblower has done the American public an enormous favor. It's also fairly clear none of these programs could have been questioned had Snowden gone through the official channels.

"We could have explained to Mr. Snowden his misperceptions, his lack of understanding of what we do," said NSA Inspector General, George Ellard, in a recent public appearance on the probable result of a "proper" complaint filed by the NSA contractor.

We're thankful that he didn't.