The controversy over Glenn Beck's association with the Kanzius Foundation hasn't quieted down just yet. last week, it was Rebecca Styn. This week, it's Jay Stevens.

by Jay Stevens
View ProfileFacebookTwitterGoogle+RSS Feed
October 3, 2012 at 10:00 AM 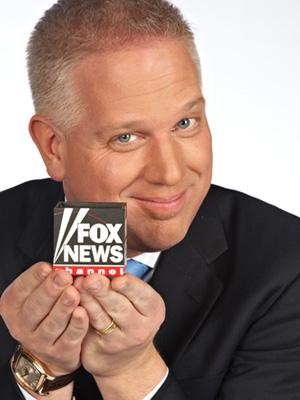 The Kanzius Foundation has selected radio, television, and Internet political personality, Glenn Beck, to be its keynote speaker for its late October Faces2012 conference. On Oct. 27, Beck will speak at the luncheon session, "Keeping an American Dream Alive."

The cancer research foundation could not have found a worse, less representative speaker for its cause.

"Progressives think they know better than they do," said Glenn Beck on his Fox News television show. "They want to control every aspect of your life...They are taking you to a place to be slaughtered." In another show, he went further. "They are putting a gun to America's head." Later, he accused those on the left of "funding" and "working with terrorists," that key members in the government and with influence over the government are "anarchists, Marxists, communists, and revolutionaries," who want to "eliminate 10 percent of the U.S. population."

Beck has made his fame and fortune stoking political fires between left and right, and between black and white.

"The president...has exposed himself as a guy...who has a deep-seated hatred for white people, or the white culture," said Beck. "His goal is creating a new America, a new model that will settle old racial scores through new social justice."

In the last issue of the Erie Reader, Rebecca Styn chided those that "threaten to stop donating or stop supporting" the Kanzius Foundation over its selection as Beck as speaker. Why? "As a tolerant and open-minded society...we should be putting this into a better perspective.

"If someone with a powerful and influential voice...wants to stand up against cancer, it is in our best interest...to all stand up beside him."

Really? That's ignoring the real and palpable harm Glenn Beck has done. It was Beck, after all, that steered the Tea Party away from its roots as a movement opposing government bailouts for elite Wall Street banks, and towards its present frothy, racist, Red-baiting incarnation. And his extreme rhetoric painting political opponents as conspiratorial terrorists seeking to destroy the United States creates a twitchy paranoia that can have murderous consequences.

Like when Byron Williams set off to San Francisco in 2010 to start a revolution by killing progressives  "at the Tides Foundation and ACLU." Stopped by a California state trooper, Williams engaged in a gun battle with officers, wounding two. One of his major influences was Glenn Beck.

Likewise, in 2009, Richard Poplawski shot and killed three police officers in Pittsburgh. A neo-Nazi fueled by extreme right-wing propaganda, Poplawski lay in wait for Pittsburgh police who responded to a 9-1-1 call. One of Poplawaki's influences was Glenn Beck, and the shooter had recently posted a Beck video talking about the supposed construction of FEMA concentration camps in Wyoming.

Beck's goal, of course, isn't to create murderers. That's merely an unpleasant side effect of the political atmosphere he is trying to create, one that's black-and-white and us-versus-them, one full of hatred and fury and intended to pit American against American. And as much as Styn would like to ignore it, Kanzius Foundation's extended hand to Beck does little for the cause of cancer, and much for the cause of Beck's extremist rhetoric by legitimizing it.

"Sadly, we live in a political climate in which many on the extreme right, like Beck, claim the label of 'patriot' for themselves," ran an Erie-Times News editorial, "excluding those with whom they disagree. Cancer can strike whether you are apathetic, a Democrat or a Republican, a conservative or a liberal, a moderate or an extremist."