Gay marriage affects us all. Find out why.

by Jay Stevens
View ProfileFacebookTwitterGoogle+RSS Feed
April 3, 2013 at 7:00 AM 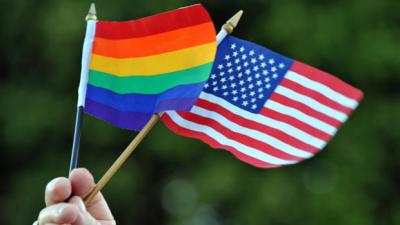 Last week, the Supreme Court heard arguments for two cases related to same-sex marriage. The first challenges California's Proposition 8, which bans same-sex marriage; the second challenges the Defense of Marriage Act, which denies benefits to the same-sex partners of federal employees. It's likely the justices will punt on the issue – deciding the cases on technical grounds – and pass up the opportunity to rule finally on the legality of same-sex marriage.

That's a shame. Not because I want to see my gay friends and neighbors enjoy the same rights I have to marry – I do – but because such a ruling would clearly define the amount of individual liberty we have to form personal relationships. That is, gay marriage does affect us all.

In order for a ban on same-sex marriage to stand, the state has to show why it has an interest in preventing gays from marrying.

In order for a ban on same-sex marriage to stand, the state has to show why it has an interest in preventing gays from marrying. In the past, state courts have focused on a reason that threatens not only the families of gay couples, but the personal relationships of all couples: the idea that marriage is primarily a biological function necessary to produce children.

Simply put, producing babies is beneficial to the state, and marriage is a bond meant to produce babies; therefore, gays can't marry because they can't produce babies.

That means, of course, that if your marriage isn't producing babies, then it shouldn't be a marriage. Does that mean childless couples shouldn't be married? Couples with adopted children? Couples with an infertile or sterile partner? Well, yes, admitted the majority opinion of the 2006 New York Supreme Court decision upholding a ban on same-sex marriage. But "limiting marriage to opposite-sex couples likely to have children," read the decision, "would require grossly intrusive inquiries, and arbitrary and unreliable line-drawing."

Breathe easy, you menopausal women. Your marriage is legal because the government doesn't have an effective way to track your fertility. Yet.

Such a view of marriage, as primarily a vehicle for procreation, means that any married couple not actively trying to have children is violating their state-sanctioned bond. It's not a great leap from this to, say, outlawing contraception and divorce, or criminalizing adultery.

But the most egregious thing about this view of marriage is that it rings false. Marriage isn't a utilitarian agreement built around baby-making. Instead, "civil marriage is at once a deeply personal commitment to another human being, and a highly public celebration of the ideals of mutuality, companionship, intimacy, fidelity, and family," wrote Massachusetts Supreme Court Chief Justice Margaret Marshall, in that court's 2003 decision legalizing gay marriage. "The decision whether and whom to marry is among life's momentous acts of self-definition."

You know it's true when you read it. Marriage is a "personal commitment to another human being" and a "celebration of the ideals of mutuality, companionship, intimacy, fidelity, and family." Marriage does "fulfill yearnings for security, safe haven, and connection that express our common humanity" and this is why it's an "esteemed institution."

And these are the reasons that I am married.

If gay marriage bans are upheld, it means that the state has the ultimate say in who and how we marry. It means we are not free to create our own families, or even to make our own destinies. It means none of us are free to marry for love.