by Jay Stevens
View ProfileFacebookTwitterGoogle+RSS Feed
March 18, 2015 at 9:30 AM 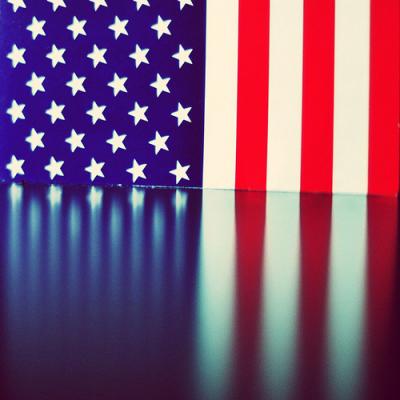 "Liberalism is not only the dominant but even the sole intellectual tradition," critic and political commentator Lionel Trilling wrote way back in 1950. "[T]he conservative impulse...do[es] not...express [itself] in ideas but only in action or irritable mental gestures which seek to resemble ideas."

That's truer today than it was in 1950, and you don't have to look very far or very long for evidence.

Forty-seven Republican Senators sent a letter directly to Iran, warning them about making any kind of deal with the Obama administration. At best, the letter was poorly considered and unethical. At worst, it was unconstitutional meddling with executive branch's power to handle foreign affairs, and an act of treason.

But underscoring the letter was a complete lack of any kind of coherent conservative foreign policy for the region.

President Ronald Reagan became a conservative icon in the 1980s in part because he took a more aggressive foreign policy stance and used U.S. military power to influence foreign relations. But his greatest act in foreign affairs as president was agreeing to meet with Soviet leader Mikhail Gorbachev at Reykjavik, which eventually led to a nuclear arms agreement, détente, and the collapse of the Soviet Union.

Reagan knew that peace and U.S. prosperity was the goal, not war. Today's conservatives missed that lesson. When faced with tricky foreign policy questions, there's only one answer: war.

And despite President George W. Bush's massive failures in Iraq and Afghanistan – which only disrupted the Middle East and helped sink us into recession – Republicans continue to beat the drum for war, only now with Iran. Think John McCain singing "bomb Iran" to the tune of "Barbara Ann." "Does this mean that our only option [for Iran] is war?" asks Joshua Muravchik in a recent Washington Post op-ed. "Yes."

That's why Republicans circumvented the Obama administration and invited Israeli Prime Minister Benjamin Netanyahu to speak in Congress. Netanyahu predictably argued against any kind of deal with Iran: for him, as with conservatives, perpetual war is the only option.

Or take taxation, say, or the size of the government.

Conservatives for years have advocated for smaller taxes and a smaller government. It's a great catch line! But that's all it is: hollow rhetoric.

Consider that Republicans in power have found this uncomfortable truth: American voters love it when you lower their taxes, but hate when you cut their government programs. So what have conservatives done? Slashed taxes and raised spending. The federal budget deficit tripled during the Reagan presidency, spiking at $3 trillion. George W. Bush added $4 trillion to the national debt during his tenure.

Now "serious" Republican ideologues are threatening to destroy the government if programs aren't cut. Threatening to block any raise in the nation's debt ceiling, conservative Republicans promise to hold the nation's credit hostage to try to leverage cuts to the budget. Such a move, if enacted, would destroy the country as an economic power and likely trigger another recession – which doesn't matter to the most radical Republicans.

Really, to solve our current budget woes we would need to both reduce spending and increase taxes. After all, that's how the Democratic Clinton administration erased the deficit in the 1990s. But Republican action isn't about responsible spending; it's about tax cuts and shrinking government. Period. Even if programs most of us like – Medicaid, for example, or public education – are gutted to do so.

Republican fiscal policy is designed around what can fit on a bumper sticker, not what's good for the country.

And don't get me started on Obamacare. For all of its warts – and there are many! – the Affordable Care Act has allowed nearly 12 million Americans to sign up for health insurance and promises to reduce government spending on health care. The Republican House has held more than 50 votes to repeal the ACA, but never once even proposed a plan to replace it.

The Supreme Court has even gotten involved, taking an extremely questionable legal challenge to the ACA's federal subsidies – King v. Burwell – designed by a group of conservative scholars and lawyers. The case revolves around a couple of typos in the law, which if considered literally and not according to the intent of the law as understood by Congress and the states, would strip federal subsidies for states that declined to participate in the bill.

Essentially, if the court finds for the plaintiff, the entire structure of Obamacare would collapse on itself for lack of support for health care enrollees in primarily Red states. Millions would lose their insurance.

That the challenge even got to the Supreme Court is a testament to the politicization of the conservative justices on that body. If the challenge is upheld by the court, its legitimacy as an instrument of the law and not of the Republican party will be in jeopardy. That is, even a fair interpretation of the law has no inherent value to conservative jurists, other than what political gains can be made from it.

Together, these actions not only show the complete lack of coherent ideology behind conservatism, they also show a disturbing trend to ignore the rule of law, to defy decades of political tradition, and to show contempt for the legitimacy of elected officials they disagree with.

You've seen that rhetoric for years from the radical right. White supremacy groups. The militia movement. The Minutemen Project. Who believe federal authority is largely illegal. Who refuse to pay taxes. Who form paramilitary groups to uphold their beliefs through a threat of violence.

Liberals are un-American according to this view. A black president isn't really American. Western, white culture is under threat of extinction by cosmopolitan, non-white culture. True patriotism means secession from the United States, flagrant violation of its laws, intimidation of federal authorities through threats of violence.

And that's where mainstream Republicans are now heading. They see violating the Constitution by sending a diplomatic note to a foreign country warning them from dealing with the President as an act of patriotism, not treason. Subverting the Supreme Court is a necessary act of legal war with the forces of liberalism. Plunging the government into fiscal chaos is an acceptable by-product of scouring the nation of progressive social programs.

Republicans are subverting our democracy. But to what end? There are no discernible goals, no vision for the country, other than the bold exercise of power. Which seems like a disastrous course for the country.