If the filibuster subverts the Constitution, why are Republicans - and Democrats, for that matter - still using it?

by Jay Stevens
View ProfileFacebookTwitterGoogle+RSS Feed
February 20, 2013 at 9:18 AM 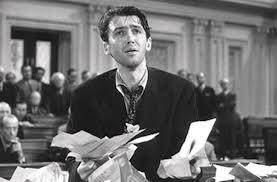 If your jaw isn't dropping right now, it's probably because you're not familiar with the intricacies of the Senate's procedural rules. But trust me, this is a big deal.

You see, when the Senate was first formed, there was no procedure in place that could end debate on a given bill. In the Senate's earliest days, this wasn't a problem. But starting in the mid-1800s, Senators used the procedural loophole to debate indefinitely on bills to delay or even prevent them from coming up for a vote. But to do so, the Senators had to continually talk on the Senate floor. This tactic is called the filibuster.

In 1917, when a small group of Senators blocked a bill allowing U.S. merchant vessels to arm themselves against German U-boat attacks, the Senate changed the rules, and now allowed a two-thirds majority vote to end debate. That is called "cloture." Still, even if Senators had the backing of a third of the Senate – enough to block cloture – they still had to stand and talk. In 1957, for example, Strom Thurmond gave a 24-hour speech in an effort to block the Civil Rights Act – which was passed when Thurmond finally gave way.

Filibusters and clotures were extremely rare. In fact, cloture was called for only five times between 1917 and 1963.

In 1975, the Senate further revised its procedures by lowering the requirement for cloture to 60 votes – but also allowing for "virtual" filibusters. Now Senators didn't need to stand up and talk to filibuster a bill. They simply let it be known they wanted to filibuster, and if the Senate wanted to move on with the bill, it had to vote on cloture.

Of course, the frequency of filibusters increased, as did votes for cloture. But it wasn't until the 1990s that filibusters were seen as a political tool to obstruct opposition party agendas, and not until the Republicans lost control of the Senate in 2006 that a filibuster was used on every bill the Senate considered. (Except for budget bills, which, by Senate procedure, require only a majority vote to pass.) Now every bill in the Senate requires 60 votes, and Republicans, who control 45 votes, have successfully blocked most of the President's and Congressional Democrats' legislative efforts.

This, of course, was decidedly not how the architects of the U.S. Constitution envisioned how the Senate would work. James Madison, for example, opposed supermajority votes in all but a few cases – for treaties, say – claiming, if otherwise, "the fundamental principle of free government would be reversed.

"It would no longer be the majority that would rule, the power would be transformed to the minority."

And even still, despite the abuse of the filibuster, Republicans had shied away from using it for presidential and judicial nominees – until now. That they chose to filibuster the appointment of Hagel – a conservative and former Republican Senator – shows that extreme partisanship is ruling the U.S. Senate, and there's a real danger Republicans won't allow Obama to appoint anyone as Secretary of Defense, or to head the CIA, endangering the country's national security.

Democrats can, in fact, reform the Senate procedures without a supermajority vote, and there was a recent push to reform the filibuster rules. Some Democratic Senators want to reinstitute the "talking" filibuster – requiring Republicans to work at their delays, and to expose them to media coverage while doing so.

But so far, Senate Majority Leader Harry Reid – a Democrat – is unwilling to make any real change to the Senate's rules on filibusters. Why is that? Maybe it's because the virtual filibuster was created to shorten debate and Senate business, and allow Senators to do their real work: fundraising. That's right: all that messy talk and maneuvering on the Senate floor was interfering with Senators' access to their phone calls to donors, and getaway weekends to lobbyist-sponsored fundraisers.

And that's why we're not likely to see meaningful filibuster reform, even as it changes the very fabric of our democracy.