Glenn Beck came to town last weekend, and the only person he would talk to was our very own Rebecca Styn. Read her exclusive interview to find out what he had to say about Mitt Romney, atheists, and the Kanzius Foundation. 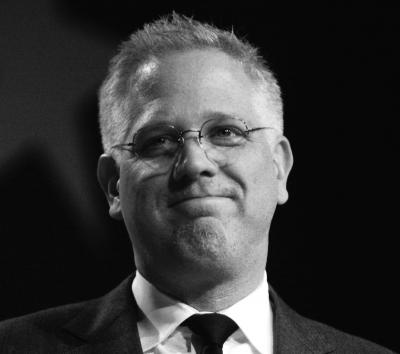 Avid supporters on this side, ardent critics to the other, and all the rest somewhere in between. That announcement – that Glenn Beck would serve as the keynote speaker at the Kanzius Cancer Research Foundation faces2012 National Conference – brought both endorsement and disapproval across the board. Many, like myself, saw Beck's attendance and support as a good means for awareness for the noninvasive cancer treatment that John Kanzius developed in his garage. Many others argued that Beck's polarizing personality would detract from the Foundation's mission and ultimately lead to a loss of support.

During his keynote Saturday, Oct. 27 in a sold-out room filled with individuals from 13 states, and even Canada, not a single one of us heard any political rhetoric aside from a light quip, but rather listened to Beck's emotional speech, which involved a letter to his son and a message of how we should all be fighting this fight together so that the next time a loved one is diagnosed with this horrific disease we can finally say we have found a better way.

Beck's come and gone – making the announcement of a generous donation to the Foundation and a pledge of continued advocacy – yet the debate over his support continues. Fortunately, I had the opportunity to have an exclusive interview with him prior to his appearance where we discussed cancer, Kanzius, his own controversial personality and beliefs, why he believes in the Kanzius treatment, and how he continues to try uniting people in the fight against cancer. And we talked politics. Just briefly.

Rebecca Styn: So why have you taken up the fight against this disease? And relative to that, why do you believe in the Kanzius treatment?

Glenn Beck: My wife and I give 20 percent of our income to charity and cancer is one of the causes and Kanzius is one of the organizations we help fund. Presently, there are six individuals within our company that are either personally fighting the disease or has a loved one struggling with it. If we could eradicate this disease – this would be a miracle. It would change the world.

RS: The announcement of your appearance in Erie generated a flurry of controversy. You've stated that 'cancer is nonpartisan' and while most in our local media agree with that sentiment in general, many feel that your mere presence polarizes Kanzius's efforts. What is your best response to this?

GB: First of all, if my presence gets people to talk about the issue of cancer and what Kanzius is doing, no matter how polarizing, then God bless it. I don't understand individuals who look at this this way – all I'm trying to do is help raise money to fight the disease.

Look, conservatives get sick. Liberals get sick. Everybody gets sick. I just got off the phone a minute ago with Penn Jillette, from "Celebrity Apprentice." He wants help raising money for his charity. Look, I'm a big God guy. I believe in God in every fiber of my body. I know he lives and I know what he's done for me. Jillette is an atheist and he believes in every fiber of his being that God doesn't exist. But I'm going to help him – and he'll in turn help me. When did we get to a place where we look at a cause that heals and helps and lifts people up and say, 'Well, I don't want that person helping, and I don't want that person fighting for us…' What have we turned into?

You don't conquer darkness with darkness – you conquer it with light. You don't conquer hate with more hate – you conquer it with love. That's Martin Luther King, every theologian and every wise man that's ever walked the planet. When you look at the founding of our own country, our country needed George Washington and Thomas Paine. They were radically different. They disagreed on virtually everything, and in the end, they died not speaking to each other, but they were both essential for freeing mankind for the first time in human history. It takes all of us to make a difference.

RS: Let's talk about the science behind the Kanzius treatment. Do you personally believe in the researchers' findings?

GB: I'm not a scientist by any stretch of the imagination, but I will tell you I've looked into it long enough that I've opted to donate my energy and money to the cause. I think that it is exactly the kind of thing that in the end that we'll find that will work. It deserves a lot more attention than it's getting – and it deserves human testing.

RS: Speaking of human testing, the foundation has achieved a modicum of success with both in-vitro testing in the lab and in-vivo testing in small animals like mice, but they have yet to receive permission from the FDA to proceed to human trials. Do you agree with the FDA's stringency in allowing such testing to proceed on consenting humans?

GB: No. I know many people who are currently dying of cancer. People that have no chance of living. I just had a young man in my office dying of cancer. We flew him in to spend the day with us; he's only 17. He's only 17, and yet he is one of the most remarkable men I've ever met. He was comforting his parents when they left the office. There's no hope for his survival. He's gone through absolutely everything, and they've given him three months to live – he is a giant of men. And I think of this situation and say, 'Why not allow him to try this? Why not let him go through human testing? What's the worst that could happen?' The suffering of cancer is unspeakable. If we have a chance to cure it, let's give it a shot. If one could just treat cancer without using chemotherapy – it's just brutal and ugly – someday when a treatment actually works and we can eradicate cancer, we will look at chemotherapy with the same type of thought as the people that use to drill holes in people's heads. It's obscene and barbaric, but right now it's the best we have.

RS: Okay, let's switch gears for a moment. I want to ask you a few questions about you – and hopefully a quick one about politics. Do you have a mentor or another favorite radio or television personality?

GB: I have a mentor in life, and it's John Huntsman, Sr., who runs the Huntsman Cancer Institute. He took me on a tour one day, and he asked me for help. I was so impressed by the Institute, but moreover I was so impressed by him. He is giving all his billions away. He's going to die broke. I made a pact with him. If he could teach me how to die broke then I'd help him with his cancer center. He's been very effective in helping me die broke (laughs), but I don't know if I've been as effective in helping him cure cancer. You know my first interest in cancer came from Carl Sagan, another atheist. I read his last book and the last chapter described what it was like to have chemotherapy. Here was this great mind writing about how he's dying. There's a lot to learn from people from all walks of life.

RS: You draw strong negative reactions for both your right-of-center views and populist style. But I've known you to be as hard on Bush as you are on Obama. What is it about Romney?

RS: Were you always very religious?

GB: I've always believed in God on some level. When I read the Carl Sagan book, I started to question my religion. I never really had thought about Atheism before – and I didn't know what to believe. That maybe I was just believing in God because everybody in my life told that he existed. But that didn't last long. And my faith is as strong as ever. I was baptized in 1999, and at that point, I decided I would actually live his word or do the best I can. I've made many mistakes, but I try really hard to obey him and listen to him, and that's what I think has been the change in my life. Just trying to live a decent life makes all the difference in the world. You'd be surprised when you get out of your own way and let go how everything just flows to you. Some of us fear we'll get to the other side of life and we won't be able to look him in the eye because we'll be beating ourselves up too much. I think is the biggest thing to conquer is to forgive yourself and to learn from the lesson. Always keep an open mind and always just continue to seek the things that lift you up.

Rebecca Styn can be contacted at rStyn@ErieReader.com. Find her on Twitter @rstyn