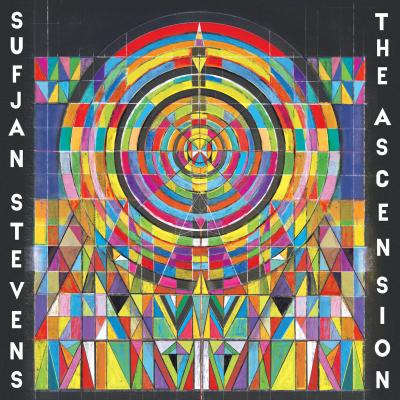 The career path of Sufjan Stevens often feels reactionary; after releasing three consecutive albums as an indie darling in the early 2000s, his orchestral arrangements gave way to a polarizing electronic opus in 2010, The Age of Adz (preceding Bon Iver's spiritual successor, 22, A Million, by six years). Then, in 2015, came Carrie & Lowell, a stripped-down collection of his most personal songwriting yet. And now, yet another five years later, he's returned with The Ascension, a project that attempts to marry the hushed musings of its predecessor with the chaotic arrangements of Adz.  Surprisingly, if The Ascension is anything, it's cohesive, almost to a fault. Newcomers may struggle to separate the monotonous tone of this 80-minute collection, but the dedicated will be rewarded upon repeat listens. Among the occasionally chaotic background noise is some of Steven's most interesting songwriting yet, from his attempts at The Postal Service-esque pop ("Video Game," "Sugar"), to haunting mantras ("Die Happy"), and the angriest, most compelling closing track he's ever written ("America"). The Ascension is unlikely to convert new fans, but for indie-heads up to the challenge, it may reveal itself to be one of the year's best.