Tabla For Two at Mercyhurst University

Tabla For Two's upcoming concert is one event not to be missed for those invested in Erie's diversity. 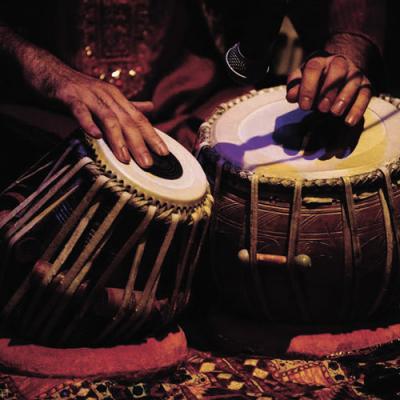 Erie is known for many things, including its diversity — but that may be the biggest thing that's seemingly missing from our local music scene. This November, a very diverse group will be performing as part of the Roche Guest Artist Series at Mercyhurst University's Walker Recital Hall. Comprised of Afghan refugee Masood Omari and Erie native Abigail Adams Greenway, Tabla For Two will be performing a number of classic rhythms and Bollywood themes alongside professional Russian dancer and performer Sofya Sovkina. Their reputation precedes theme; just ask Lael Mohib, the wife of Afghan Ambassador Hamdullah Mohib.

"Abigail and Masood are an outstanding duo," says Mohib. "Masood is a renowned contemporary master of the tabla, and Abigail plays the harmonium with ease and mastery. The beauty and rhythm of their music is further energized by the sheer enthusiasm and passion that comes through in their performance—you can tell they truly enjoy playing the music, and that enjoyment permeates to the listener."

For those first being introduced to the concept, the tabla is a South Asian percussive instrument not unlike a pair of bongos, consisting of both a Baya (bass) and Daya (treble) drum. Masood Omari is a particularly special player as he is one of the only musicians in the world to sing as he plays the unique instrument. Greenway herself was originally a visual artist with no musical background aside from her obvious love for culture and arts. She began to study the tabla with Omari, and since their pairing, they have been fortunate enough to play such impressive venues as the Freer Gallery at the Smithsonian Museum and even the Embassy of Afghanistan. For those invested in Erie's diversity and affinity for local culture and arts, Tabla For Two's upcoming concert is one event not to be missed. — Aaron Mook