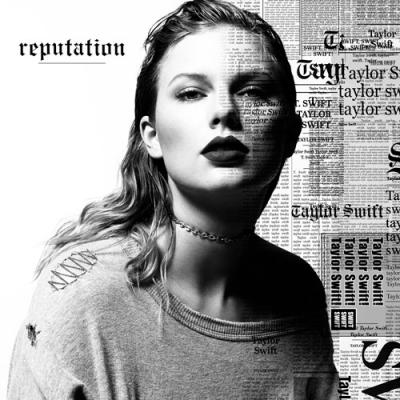 I have about 200 words to review Reputation, the latest from mega-star Taylor Swift, so I shouldn't waste time rehashing the greatest pop rivalry of the 21st century. What you need to know about Reputation is that it's better than its questionable pre-release singles, but it isn't a modern classic either. In fact, one could argue the album is defined by its singles, each a small-scale metaphor for a blockbuster release with pieces that work and pieces that don't. Look no further than opening track "...Ready For It?," which features faux-rapping over a D-rate Sleigh Bells track. Then, during the bridge, something interesting happens; Swift's vocals are artificially harmonized, and for a moment, everything clicks. Reputation's greatest strengths are its production and Swift's vocals. Collaborations with Max Martin largely fall short, excluding the club-ready standout "Dancing with Our Hands Tied." But when it doesn't feel like a Bleachers B-side ("Getaway Car"), co-writer Jack Antonoff has a way of bringing out new shades of vulnerability ("New Year's Day"). Still, it's hard not to cringe anytime Swift goes full-Tumblr, whether it's a throwaway line about walking home to her cats on or any of the album's numerous spoken-word moments.