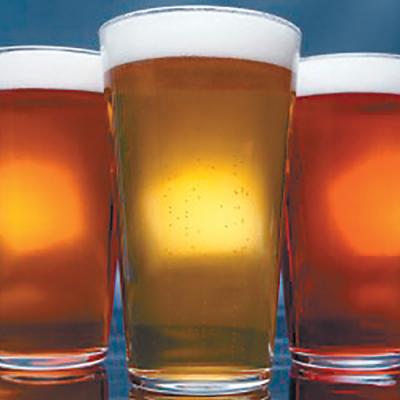 The Erie Micro Brew Fest is a must-attend event for local craft beer enthusiasts. It's the first big festival of the year. It's also WQLN's biggest fundraiser of the year. WQLN's Tom New and The Brewerie at Union Station's Chris Sirianni have collaborated to bring a first class event to Erie that rises above other ubiquitous beer festivals throughout the summer months. (Not that beer lovers are complaining about there being too many chances to drink good beer – but knowing which festival is the best is important, since it's impossible to attend them all.)

This year's Erie Micro Brew Fest should be even better than last year. As New states, "this is our 10th annual brew festival – and I wanted to make it different. Somehow make the event better. I wanted to offer something to beer lovers that they couldn't find in the local bottle shop or package store. So I met with all the local and regional brewers and asked them what they would do – they said create an intimate environment for people to sample beer: Have brewers and beer people pour the beer."

That's the most important factor in differentiating this beer tasting event from most others. To get the most out of your experience, you want to talk to the folks who made your beer. It's tough to get the people behind the beer to pour at festivals. People who own breweries are busy running businesses. They have payroll checks to sign, wort to mash, hops to order, and distributors to keep happy. This means that most of the people filling your glass at these events are volunteers or employees working for distributors. Sadly, it's not unheard of to get someone who knows virtually nothing about the beer they are serving.

So why is this festival the one where you will meet the most brewers, the most proprietors, the most knowledgeable and worthy beer connoisseurs? Jason Lavery, owner of nationally-renowned Lavery Brewing Company, took time out from washing bottles to explain why he will personally attend. "Chris [Sirianni] is one of my closest friends. He takes good care of the brewers. He makes sure we eat well. There's a lot of fraternization among the brewers. We're always looking to bring new ones into the club."

In an effort to slow things down and give festival-goers a chance to talk to those brewers, this year's Micro Brew Fest will sell fewer tickets. (So get yours early!) It will feature select breweries from the tri-state region. Participants include such favorites as Great Lakes, Ellicottville, Voodoo, Full Pint, Victory, and the newly reopened Blue Canoe Brewery in Titusville. Every brewery will also feature a rare beer, something unavailable at a bottle shop or grocery store. – Bryan Toy