by Charles Brown
View ProfileFacebookTwitterInstagramRSS Feed
December 21, 2022 at 8:30 AM 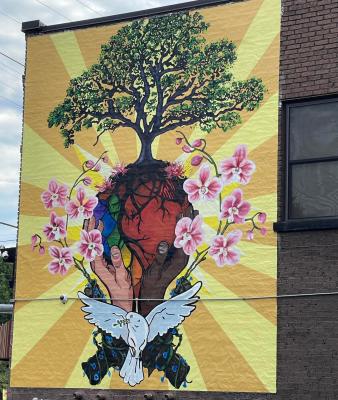 Contributed photo
This mural at the intersection of East Avenue and East Lake Road marks mural number six of the Purposeful Placemaking project spearheaded by Erie Arts and Culture. Completed as a collaboration between students and teachers at ECAT, this mural was an opportunity to comment on gun violence without glorifying it.

You may not have heard the name Brian T. Bonner, but you've likely come across some of his work around town — perhaps a jaw-dropping mural on the side of a building, or a painting in your favorite coffee shop. Founder of the clothing line Artistic Souls, which launched in November of 2021, Bonner wears several different hats in the creative world (muralist, painter, motivational speaker, executive producer, etc). Bonner began his work through pure interest, embarking on an artistic journey that he continues to travel.

"I always thought it was so cool creating something in your mind and to see it come to life on canvas or on walls or shirts," says Bonner. "Even if it's music, I have always been intrigued by the process of getting something out of your mind and having it come to life." While Bonner has been dabbling in various media for 15 years, it has only been since 2017 that he has truly taken his art seriously. In doing so, he is now living life on his terms while empowering others to follow their dreams.

Bonner's drive to be independent was instilled by a significant source of inspiration: "My father was an entrepreneur, and I learned a lot from him business-wise," states Bonner. "Then what I did was surround myself with like-minded individuals and ask a lot of questions. From that step, I went and found me a couple of mentors and asked them a lot of questions as well." Bonner applied those insights to realize success in the entrepreneurial world. He also credits reading as something that helped him learn all that he could to benefit his endeavors.

"Now that I've had some success, I'm able to give knowledge to others who want to be an entrepreneur. It's all about the application and not the information." Bonner has not only built up an impressive portfolio of solo work, but also eagerly offers his talents toward shared artistic expressions. When asked about his collaborations, he was honored to not only shed light on what he has contributed, but what others have as well.

"The first mural I worked on is one of Carla Hughes on the side of the Erie Center for Arts and Technology (ECAT) building through Erie Arts and Culture. I was invited to be an artist assistant, and played a huge role in creating that mural." The Carla Hughes Memorial Mural has garnered a lot of attention for honoring the late educator and teaching artist through a mural so vibrant that it's hard to miss on the lower east side of town.

Erie Arts & Culture has been paving the way for artists such as Bonner to be placemaking creators in an environment where they can express themselves. Patrick Fisher, the executive director of Erie Arts and Culture, relays that artists of all kinds have been granted opportunities as well as funding to be able to present their work to the city and beyond. To date, the organization has completed 12 murals as a part of their Purposeful Placemaking public art project, which Erie Arts and Culture is spearheading along with the United Way of Erie County. This project aims to target locations for these public murals along safer school walking routes.

"Myself and another artist, Steve Mik, were teachers at the ECAT building and we taught a class about murals and creating. That was a really dope experience," Bonner continues. "I learned a lot from the kids, so after the class was over, the kids and I ended up having a finished design that me, Steve, and the kids themselves put together. That one is right across the street from the ECAT building on the H.A.N.D.S. building (Rosewood Apartments, 1002 E. Lake Rd.)" 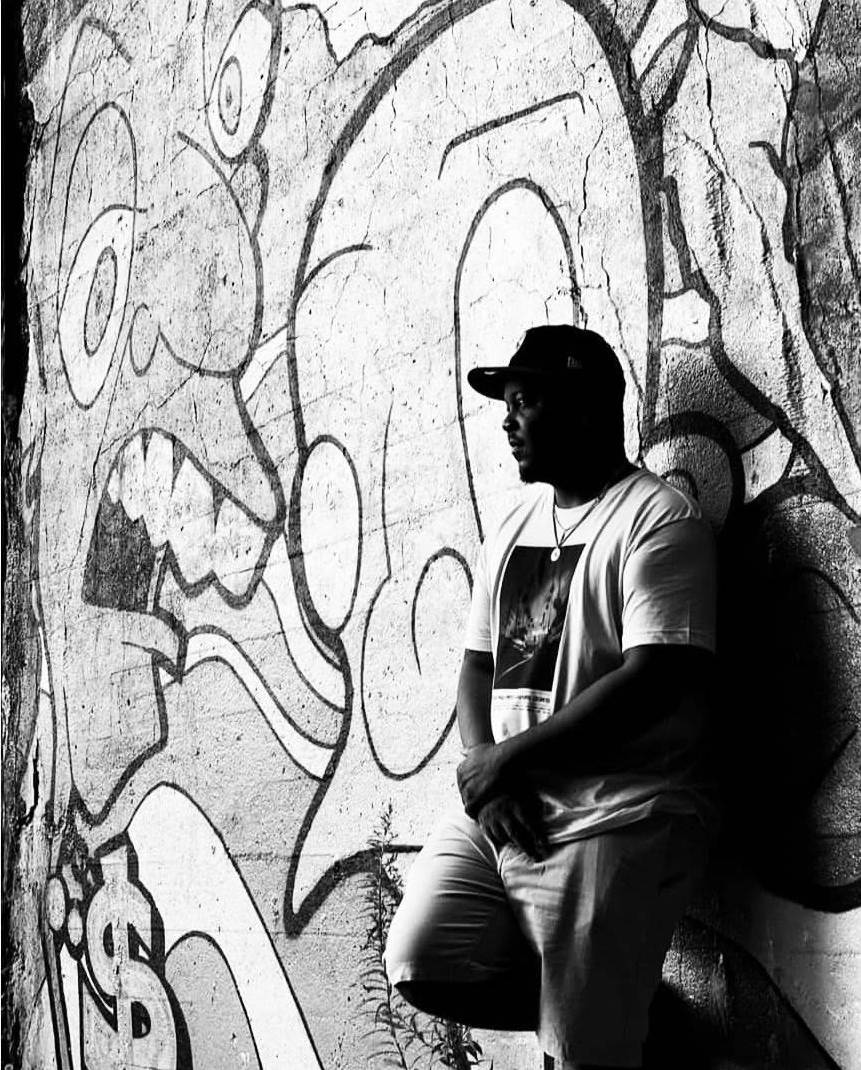 Brian has been more involved with the community over the years and has humbly cemented his place in the art scene in Erie. But national exposure has been a part of the muralist's success story as well. "I've sold paintings across the country, from here in Erie to Cleveland, all the way from California to North Carolina." Bonner is making strides toward becoming a prominent creative figure; with his Artistic Souls clothing line, he is looking to make his mark through his streetwear, while pushing the culture of the arts forward. According to Bonner, Artistic Souls is more than fashion or merch: "Not only is it a clothing company, it's an art company, a media company," claims the visionary. "We got some crazy stuff in the works."

Bonner is truly a multifaceted artist, as you can see through his mural projects. But his vision is broader than just what you drive or walk past. Bonner is soon planning to launch his Artistic Souls YouTube channel, which will feature blogs and interviews. He plans to serve as executive producer for a hip-hop album which is currently in the works, as well as to curate events where artists can network and help each other evolve, and give back to the arts community.

The 814 has always been a nexus for creators of all sorts. With Bonner now getting his hands in the mix, Erie is positively impacted by having another artistic member added to that hub.