Turn Blue goes full-measure, taking the band into its most experimental places yet. 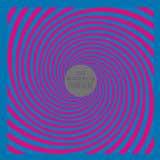 After 2011's radio-friendly El Camino – a welcomed return to the barn-burnin' chunky blues-rock of The Black Keys of  yesteryear – it would have been easy to just copy and paste the formula onto the next album – complete with 'Play Loud' sticker on the album cover – for guaranteed fun and success. But Dan Auerbach and Patrick Carney aren't in the "easy" part of their musical trip. Turn Blue hints at 2010's breakthrough Brothers, a '60s soul meets garage-rock blues experiment; but where Brothers sounded conflicted and half-measure at times, Turn Blue goes full-measure, taking the band into its most experimental places yet. "Weight of Love" opens with a Neil Young "Down By the River"-esque soft guitar riff, only to continue for over seven minutes with psychedelic glow, finishing with a Wish You Were Here warmth. To the album's credit, finding a standout single aside from the lead single "Fever" isn't easy – which makes for the most interesting and daring Black Keys record yet.