The Cold Realities of a Warming World

How climate change is threatening wildlife habitat – and its related industries – throughout Pennsylvania. 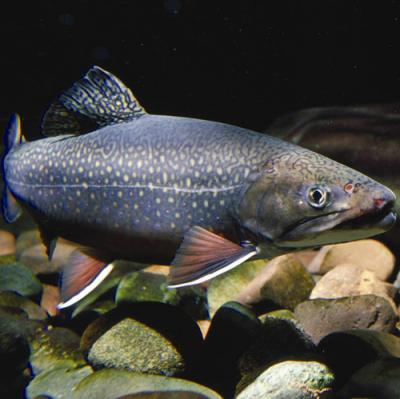 Many Pennsylvanians remain blissfully unaware that every decade for the past 40 years has been warmer than the previous decade. And 2015 was the hottest year since recorded weather history began.

So it's no coincidence that almost every day we witness vivid news reports about destructive and costly hurricanes, tornadoes, floods, forest fires, and droughts here in the U.S. and around the globe.

While humans may have the ability to adapt to the adverse effects of a warming climate, many wildlife species don't have that luxury. Climate change is quickly altering critical habitats for native wildlife species that have survived for millennia.

The latest report from the National Wildlife Federation entitled "Big Climate Challenges Facing Small Mammals" documents how a warming world is harming even the smallest critters all across America.

For example, the snowshoe hare is uniquely adapted to survive by altering the color of its fur coat from brown to white as summer sun gives way to winter snows. Unfortunately for the hare, this biannual wardrobe change is linked to the amount of daylight, not snowfall. So as the number of days with snow cover decreases, their vulnerability to predation increases.

The snowshoe hare is listed as a "Species of Special Concern" in Pa. Due to their declining numbers, the state Game Commission reduced the daily bag limit for hares in recent years. If these population trends continue, wildlife biologists fear the snowshoe hare's range will retreat north out of Pennsylvania.

But the snowshoe hare is not the only species in trouble. Our state bird, the ruffed grouse; our state fish, the brook trout; and our state tree, the eastern hemlock, are predicted to largely disappear from Pa. by the turn of the century.

Brook trout are so closely dependent on the cooling shade provided by streamside hemlock trees that at one time they were called Hemlock Trout. Sadly, an invasive insect known as the wooly adelgid is slowly but surely killing our majestic hemlocks.

In the past, cold winters kept the adelgid confined to the southern U.S. Today this destructive pest has spread all the way to New England. As the hemlocks disappear, so do our priceless cold water streams.

If you hunt ruffed grouse, you're painfully aware of their declining numbers as well. A recent report by the Northeast Upland Game Bird Technical Committee warns the future is indeed grim for our state bird. While the loss of early successional forest habitat is a significant factor, a changing climate will eventually eliminate their preferred tree species from the Keystone State. On top of that, warmer winters frequently bring rain instead of snow, thereby reducing fledgling survival.

A warming world will also impact Lake Erie's outstanding fishery and the economic benefits it provides to the Great Lakes region in terms of revenue from lodging, restaurants, and charter fishing operations.

And the future does not look better. Climate scientists forecast Erie could have the climate of Alabama by the year 2100, so that tremendous fishery resource may only be a dim memory within one human lifetime.

Even though many environmental factors can impact fish and wildlife populations, scientific evidence points to climate change becoming the proverbial straw that breaks the camel's back.

All these abnormal changes to wildlife habitat are occurring with just a 1 degree globally averaged temperature increase over the last century. Imagine what future generations will face if the temperature rises 7 to 9 degrees, as climate scientists forecast.

President Obama's Clean Power Plan, which unfortunately was recently stayed by the U.S. Supreme Court, is focused on reducing greenhouse gas pollution from all the major emitters. But as he wisely leads our country toward a clean energy future, too many of our elected officials are working just as hard to make sure we stay wedded to the fossil fuel industry.

Like you, I want future generations to have the same fishing, hunting, and many other outdoor opportunities that we enjoyed in our lifetime. But that won't happen unless we elect leaders who represent the will of the people instead of bowing to the fossil fuel industry.

Ed Zygmunt is a member of the National Wildlife Federation and has hunted and fished in Pennsylvania for the past half century.  He resides in Susquehanna County.