Observations and Predictions for the 2017 General Election 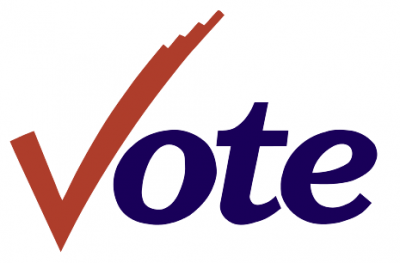 The polls opened at 7 a.m. and voters have five-pages-worth of decisions to make.

Chief amongst them this round are the two executive races to which much attention has been paid: City of Erie Mayor and Erie County Executive.

In the final two pieces I penned for the Reader prior to the General Election, I wrote:

Between now and Tuesday, Nov. 7, additional debates and forums will be held, ads will saturate the airwaves, and citizens will get their first look at campaign finance reports.

In regards to the latter, out-of-county money was injected into local elections in 2016. Whether it's present again — how much and where from — remains to be seen but will be telling as to whether Erieites are the only ones who care about the outcome of this election.

Outside money did come in at the final hours leading up to the election. But it wasn't as much as the rumor mill had been suggestively churning out. And, more local funds poured in in the eleventh hour to boot.

Erie Times-News' Matthew Rink has an excellent breakdown of the funds, which you can read here, but in short, it goes like this:

Of the $79,500 in monetary contributions, $60,000 came from the "V PAC," which shares the mailing address of the Republican Committee of Chester County. Robert Brooks, the executive director of the Republican Party of Pennsylvania, is listed as the treasurer of V PAC on a directory of registered political committees.

Persinger also received contributions in the amount of $10,000 from the Build PA PAC, based in Coraopolis; $2,000 from Community Leaders of America PAC, based in Glen Allen, Virginia; $5,000 from Erie resident William L. Patterson, and $2,500 in other individual donations.

On the surface, none of that should seem alarming.

First, it's common – perhaps less common in Erie – to have outside-of-the-region party support for candidates. Out-of-town unions have supported candidates in the past and are supporting candidates now. Yet, we don't hear much concern over that.

Second, this makes particular sense given the uphill climb to victory Persinger has to make in overcoming a 3-to-1 Democratic voter registration edge. A victory in Erie for Republicans will draw a lot of coverage from the media and analysis from political scientists. If we thought the national media had an infatuation with Erie before, we should ready ourselves for an all-out love affair if Persinger wins.

Republicans know this. And so should Dems. And it makes sense that PACs would invest not in the thousands but tens of thousands here to increase the volume of their candidate's message.

Perhaps more interesting, though, is that Republican county executive candidate Art Oligeri added $37,800 to his overall total – "including a $25,000 check from state Sen. Scott Wagner, a Republican gubernatorial candidate," as Rink reports.

"Wagner is no stranger to Erie County politics," Rink writes. "In 2016, Wagner, a high-profile supporter of President Donald Trump, gave more than $400,000 of his own money to the campaign of Republican Dan Laughlin, helping Laughlin defeat incumbent Democrat Sean Wiley for his 49th District seat in the Pennsylvania Senate."

Investing in a state senate race – especially if one is giving up their own seat in light of a gubernatorial bid – makes political sense. Investing in a county executive race is interesting, to say the least, since one must wonder how closely a state senator from York County with ambitions for the Governor's mansion would be working with a County Executive in Erie, Pennsylvania.

Oligeri's campaign adviser, Dennis Roddy, told Rink that "he got the idea to ask Wagner for the donation after he heard from a news reporter that local Democrats believed that Wagner planned to spend six digits in the county executive and Erie mayoral races."

Which isn't a bad idea at all. And the rumor mill was churning to a quarter of a million dollars volume.

Albeit far less, $25,000 over a simple ask-and-ye-shall-receive inquiry, though, isn't something to dismiss quickly simply because of its origin. Rather than from, say a PAC – like the one from which Oligeri had already received $25,000 – this comes from an individual who's been making investments in elections statewide and who has been seen buddying up with former Trump strategist Steve Bannon.

But even with the last-minute cash influx, Oligeri raised less than incumbent Democrat Kathy Dahlkemper, who reported $110,556 to Oligeri's $107,115. But of that $107,115, nearly half came from Wagner alone and the Greater American Funds of PA PAC, which is registered to the Johnstown home of Rob Gleason, the chairman of the Pennsylvania Republican Party.

The turnout and vote count in the City of Erie and Millcreek Township will be a good indication of where the night will head for the county executive race. If Dahlkemper can amass a 4000-plus vote lead in these two municipalities, she stands a good chance to come out ahead at the end of the night.

Vote totals aside, Dahlkemper doubling Oligeri's city total and keeping pace in Millcreek – looking for either a slight win or near-split – could be enough to secure a victory (with smaller wins along the way), as results farther out in the county will – if they follow trends – become more conservative as the night pushes onward.

However, if Persinger keeps the race with Schember close – or pulls the upset – Dahlkemper's odds of emerging victorious dwindle. Given history (Erie favors one-term county executives) and the yet-to-be-seen impact of the 2016 election, this race will be close and could be decided by 500 votes or less, and whether Persinger will have been truly able to convert enough Democratic voters will determine not only his own victory, but the likely outcome of the county executive race.

One would think that given all of the pomp and circumstance surrounding the mayoral election and the excitement resulting from the county executive race debates that voter turnout will be high. But if the primary is any indication, one of every three registered voters will determine Erie's next four years. And that might be an ambitious reach.

Maybe we're not all that excited about our future. Maybe we're comfortable with one out of four – or five! – voters making the decision for us. Maybe we suspected that everything had been decided in the spring. Maybe it's something else – but I think the window will be between 25 and 35 percent.

On a final note, as anyone out there is attempting to read any tea leaves in hopes of determining the outcome before the votes have been tallied, be sure to ask where your opinion-givers and your political prognosticators live. A lot has been said – and is still being said – about the mayor's race, but a lot of noise has and continues to come from beyond the city limits. While it's encouraging to see those living elsewhere in the county take such an interest in this race, it can be misleading since their voice remains vote-less.

If that fervor continues after the election and such pressure, examination, and scrutiny remain present, perhaps some of those living outside of the city will be so inclined to vote with more than their voice by moving into the city to be able to actually cast a ballot the next time around.