The Frights and King Shelter are ready to show Erie what they've got. 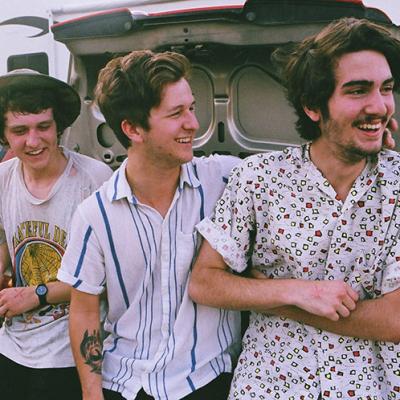 Traveling all the way from southern California's Wet Hot Summer Tour, The Frights and King Shelter are ready to show Erie what they've got.

San Diego trio The Frights' sophomore album is titled You Are Going to Hate This, but that prediction will not likely ring true. With a variety of styles making appearances and impossibly catchy hooks, the album sounds just as much in place at a punk rock show as it would in the soundtrack of a Wes Anderson film. As the Reader's Nick Warren described it in his review of their album, "The songwriting would be right at home amidst late '50s pop hits. They're able to blend cheesiness and fun in a believable way".

From Los Angeles, King Shelter brings their indie/alternative rock sound (self-described as "salad rock") to the stage with a fun and passionate performance. Check out their latest singles "Gimme Knowledge" and "Holy Ghost" to hear their more upbeat take on what can sometimes be an intentionally bleak genre.— Tommy Shannon