The Get Up Kids // Problems

Not only does the album stand up against the band's already impressive catalog, but it often reflects the best kind of reunion album 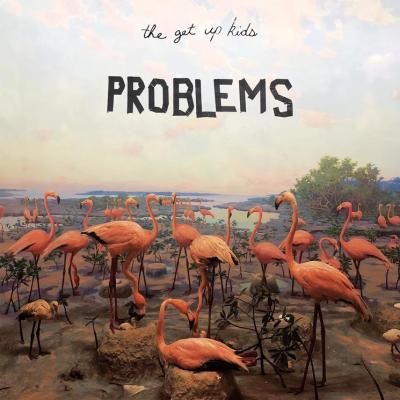 Reunion albums are always a toss-up. Will the band's chemistry hold up? Will the songwriting be up to par? Now consider the fact that Problems is in fact the second reunion album from grizzled veteran pop-punkers The Get Up Kids, their first since 2012's experimental There Are Rules. There's a moment on the album's frantic opener, "Satellite," when the song explodes, immediately recalling their most infamous opening track ("Holiday") and dispensing any doubts you may have had going into the album. What's truly impressive about Problems is its consistency. Not only does the album stand up against the band's already impressive catalog, but it often reflects the best kind of reunion album — the kind that plays like a greatest hits collection. From the synth-driven, Cars-esque power-pop of single "The Problem is Me" to the introspective, midtempo "Salina" and beyond, the band hits all the right buttons here, balancing new sonic territory (the distorted fuzz of "Lou Barlow") with all of their best old habits (the nostalgic gang vocals on "Fairweather Friends"). And because of this consistency, Problems works as both a gift to the band's oldest fans and a perfectly fine entry point into The Get Up Kids' catalog.

The Get Up KidsProblemsThere Are Rules