The Joke's on Jamestown at the Lucy Comedy Festival

Take a day trip out to Jamestown to experience the Lucille Ball Comedy Festival next weekend. 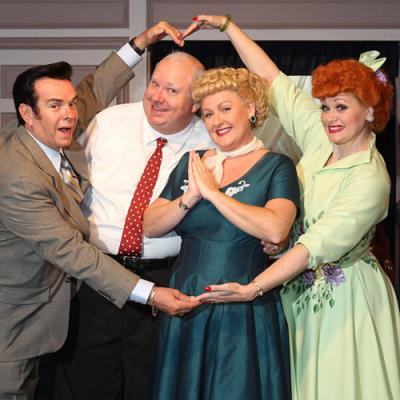 The Lucille Ball Comedy Festival takes place in Jamestown, N.Y. — only about an hour's drive from Erie. This is of particular interest to me because my fiancee and I recently moved into our first house in Warren, Pa., and on our first drive there, I remember seeing banners hung from the light posts in Jamestown advertising the "Lucy Comedy Festival." So when my editor first mentioned this event spotlight to me, it seemed like a no-brainer that I should be the one to write about it (and eventually experience the festival itself).

And considering the amount of promotion I've seen for the Lucy Comedy Festival, it is not something you will want to miss either. The festival features a star-studded line-up including Kevin James (star of "Kevin Can Wait"), Lewis Black, Jim Gaffigan and Lisa Lampenelli (often billed "The Queen of Mean") among its biggest names. Supporting acts include one of the minds behind such beloved situational comedies as "Seinfeld," "Friends," "Curb Your Enthusiasm" and "The Golden Girls," David Steinberg; W. Kumau Bell of CNN's "United Shades of America," and Kelly Carlin, as well as several sketch groups, exhibitions featuring the material of late comedians George Carlin and Desi Arnaz, and even Lucy Tribute shows.

The festival begins on Thursday and runs through Sunday with actual dates, times and prices varying depending on the performance. The festival is age-inclusive, however, featuring a free performance from Story Pirates at 11:30 a.m. on Saturday morning. Story Pirates is a kid-friendly (suggested ages 5-12) comedy group featuring professional actors using puppets to act out stories written entirely by children and even incorporating local students.

Performances are being held at a number of arenas and amphitheaters around Jamestown, ensuring visitors will have the opportunity to explore the city and visit its surrounding markets, eateries and bars.

Growing up, I never realized just how close a festival like this would actually come to Erie. I can assure you that if you find yourself taking a day trip out to Jamestown to experience the Lucille Ball Comedy Festival next weekend, there's a great chance that you'll be running into me there, too. — Aaron Mook

More information (including ticket availability and purchases) can be found at www.lucycomedyfest.com.