The Last Days of Net Neutrality?

Net neutrality is on life support. But there may still be time for a miracle that saves the internet as we know it. 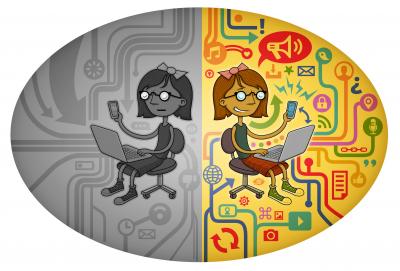 Your internet is dying. Not really. Not yet. But soon. Maybe. It all depends on the on an upcoming decision by the Federal Communications Commission regarding net neutrality.

If you've been watching television, reading fine publications, or listening to sensible talk radio (such a thing does exist) then you're probably familiar with the concept of net neutrality.

If not, here's a short primer: Net Neutrality basically means that internet service providers (ISPs) can't discriminate against subscribers and content providers by dictating how much bandwidth you have access to at any given time. This open access is the key to a college kid creating a social network (Facebook) or a clothing company (American Apparel) in his dorm room. In other words, it's the key to unrestricted entrepreneurship and innovation.

At the moment, this is more about the content providers than it is about the subscribers. But read on  and I'll tell you why you should care.

Essentially the FCC - which regulates communication related technologies from your grandmothers rotary phone to the wireless cards in your gaming consoles, cell phones, and laptop computers - wants to deregulate internet access so that ISPs can force high bandwidth services to pay a premium in order to continue to deliver content to you in the way you have become accustomed to receiving it.

Oliver's plea was so persuasive that more than one million people provided public comment on the FCC website, which brought down FCC servers.

So what does this mean to you Reader readers? It means your already poor, soon to be worse, internet connection could be rolled back to the dial-up era.

Erie already has an aging cable infrastructure that is taxed during peak usage times.

Try surfing your second screen mid-Family Guy on a Sunday night and you'll experience the lag of an overburdened system.

These brief anecdotes begin to explain why Time Warner is consistently ranked worst or second worst for the services it provides and ranked equally bad in its customer service.

If you're waiting for a bright spot, I hate to break it to you, that was it.

At the end of the year, local Time Warner subscribers will be absorbed by Comcast, the only company ranked worse than Time Warner as an ISP and in customer service, according to Business Insider.

Remember the the guy who wanted to cancel his Comcast internet service and ended up being given the business by an overzealous Comcast representative?

You've just heard a note of your future with customer service.

If ISPs are permitted to deregulate and net neutrality is laid to rest, content providers won't be the only only victims of the shakedown.

Consumers will first pay more to services like Hulu Plus and Netflix because companies will naturally pass along the additional costs of doing business to subscribers.

But you'll likely pay more for your home internet connection as well because service to your home will be redrawn based on either how much bandwidth you expect to use - the way that you purchase your cell phone contract - or you'll pay for the amount of bandwidth you actually use. In either case, its worse than the flat rate you pay now for all the internet access you want.

Stay tuned Reader readers. The next few weeks will likely prove to be some of the most important in our digital lives. Open roads on the internet are imperative. But with rumbles strips like those ISPs would like to lay on the information superhighway, the era of excess experimentation and big data in which we currently live will quickly become an era of low expectations and big data.