The Many Faces of Poverty in Erie

From small towns to the suburbs to the inner city, many are living below the poverty line. 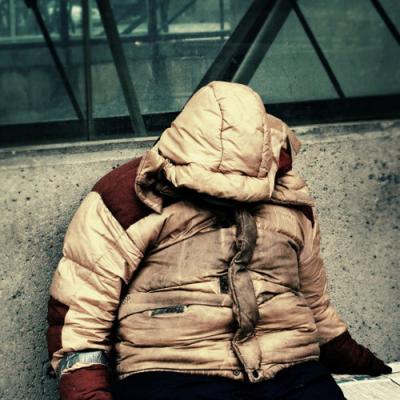 A half a century ago as the poverty rate in the United States neared 25 percent, over 40 million people were living on less than $3,000 a year. During that time, stories of destitution began to percolate out nationally, and those tales – coupled with the disheartening statistics – compelled President Lyndon B. Johnson to declare a War on Poverty during his State of the Union Address. While it wasn't the first time poverty had been mentioned in the political playing field, it was one of the most memorable.

That war has yet to be won and is still being waged today.

However, more often than not, those living on the front lines of that war and those who spend the most time entrenched on the battlefield are unjustly stereotyped. Many Americans believe the notion that poverty only affects a relatively small number of American citizens, that the poor are destitute for years at a time, that too much welfare assistance is provided, and that poverty is ultimately a result of simply not working hard enough.

Each of these assumptions is completely wrong.

The New York Times recently reported that, "between the ages of 25 and 60, almost 40 percent of Americans will live at least one year below the poverty line in their lifetime…"

The Times also reported that over time, "most also pull themselves back out of it."

And startlingly, if related conditions are considered – such as unemployment, welfare use and near poverty levels – four out of five Americans will encounter one or more of these events throughout their lifetimes.

And while the perception of poverty may be primarily observed in inner-city blocks, households in poverty can be found throughout a variety of both urban and suburban landscapes, as well as in small to medium towns and communities across America – much like Erie County.

Over 15 percent of Erie County residents live below the poverty level, and that percentage increases to over 25 percent in the city of Erie with 10 percent living in extremely poor or impoverished neighborhoods. While both the city and county's rates decreased in 2012, when compared to 2011, they are worse than the state average of 13.9 percent but better than the national average, which is 15.9 percent.

Within these numbers though, some groups are drastically more penurious than others.

Take for instance the "asset poor" in Erie County. A household is asset poor if it has insufficient net worth to support itself at the federal poverty level for three months in the absence of income of less than $4,632 for a family of three in 2011. In order words, asset poor households would not have enough money to provide for basic needs during a sudden job loss or medical emergency.

Asset poor statistics are staggering for Erie County – and particularly the city of Erie. In the city, 38 percent of all households are asset poor, which is twice as high as Pennsylvania's 19 percent of households. Of these numbers, individuals under 35 years old hold the highest share at 48 percent. As one can see, this economic and social condition is more persistent and prevalent than income poverty.

Asset poor households aside, the overall decrease is significant. In 2012, 25.7 percent of city residents were living below the poverty line. In addition, Erie's poverty rate for children younger than 18 also fell from over 47 percent to just under 37 percent.

An improving economy has most likely played a role – most recently the Bureau of Labor Statistics reported that the annual average unemployment rates in 2013 declined in 43 states, Pennsylvania included, which saw unemployment rates fall from 7.9 percent to 7.4 from 2012 to 2013. And this trend is trickling down to Erie.

In addition, there have been many targeted efforts available, with programs going on for decades throughout Erie. But the situation would be much more dire if Erie had to rely on the economy to solve everything.

One of the newer initiatives in the war against poverty is Erie Together, which was begun in 2009 as a result of a study that the Greater Erie Community Action Committee (GECAC), United Way of Erie County, and Mercyhurst University conducted to identify ways to address the issue. After extensive due diligence regarding best practices throughout the United States and beyond, this movement was launched and it now includes hundreds of local individuals and organizations working together.

"Erie Together is not a 501(c)(3) and is not a program or an agency – it's a movement," says Bill Jackson, President of the United Way of Erie County. "It started out heavily including social service agencies and educators, yet recently we are starting to see more business people and elected officials in the public sector getting involved. We're all in this together – it's not just individually, it's the community. And we're starting to see that."

Their aspiration statement – Working together to make the Erie region a community of opportunity where everyone can learn, work and thrive – is one the group lives and breathes.

Erie Together's movement is to make the Erie region a community of opportunity where everyone can learn, work, and thrive, Mary Bula, Project Facilitator for Erie Together and Vice President, Collective Impact at the United Way of Erie County, explains.

"Once we identified the areas we wanted to target, the objectives we wanted to achieve, we kept them in line with the aspiration statement," she says of how Erie Together is focusing on strategic ways to prevent and reduce poverty. "And as a result, the level of collaboration in this community has been astounding." To explain further, Mary went on to provide an example. "We want more children to be ready when they enter kindergarten so that they hit the ground running – and are able to learn. We need to make sure they progress satisfactorily through the third grade and at third grade are hitting third grade reading benchmarks."

Interesting to note, is that up until third grade, children are learning to read – and after third grade, they are reading to learn. So, this benchmark is pertinent.

And these efforts are only part of their overall equation – not only focusing on children. Erie Together is comprised of four main action teams: early childhood readiness and success; aligning education to careers; individual and family stability; and balancing economic and workforce development.

So far the movement has achieved several benchmarks and outcomes as a result of its objectives. As an example, in the early childhood readiness action team, the group has: enhanced connections between school districts and early care providers; created a common definition of "Kindergarten Readiness"; and recently developed a Parent Toolkit for Kindergarten Readiness, amongst others.

"We work directly with families and take a good long hard look at their current situation – helping them to set goals and match them up with others in the community who can provide them support in helping them to achieve those goals," she says.

The FACT program model helps low-income families move from dependency to self-sufficiency through education, self-assessment, and a mentoring experience. Other accomplishments of the ongoing objectives of this action team include the facilitation of partnerships with local churches, social service organizations and other entities to deploy the FACT program on a larger scale; a "Human Services Resource Guide" to help connect families to the help they need and an agreement to support implementation of 2-1-1 in Erie County, the social services equivalent of 9-1-1. 2-1-1 is a comprehensive information and referral service available to everyone and will ultimately serve approximately 735,000 people in 12 counties in northwestern Pennsylvania.

And these are only a handful of objectives and benchmarks the group has achieved. The underlying philosophy of Erie Together is that poverty is a community issue requiring a community-wide response inclusive of all sectors and residents.

It will be difficult to completely eradicate the poverty, but it is a war that fifty years later may be won. By staying on the offense and offering programs and initiatives to educate and inform, we are arming ourselves – and others – for now and in the future. Programs like Erie Together are always looking for volunteers, but what they need most of all is for us to truly understand the full scope of the battle, to take the time to research these organizations involved and to fully grasp the magnitude of the situation.

During his 1964 speech, President Johnson declared: "It will not be a short or easy struggle, no single weapon or strategy will suffice, but we shall not rest until that war is won. And it must be won in the field, in every private home, in every public office, from the courthouse to the White House."

Because in the end, in order for us to help we must begin to truly understand that poverty is an issue of us, rather than an issue of them.