The Old Main Plays in Erie for the First Time

The Old Main will perform at the Kings Rook Club on Saturday, March 4, with Darah Appling.

by Tracy Geibel
View ProfileFacebookTwitterRSS Feed
March 1, 2017 at 9:45 AM 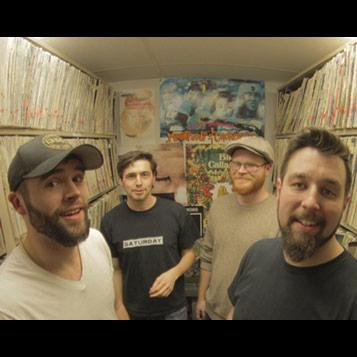 Founded in June of 2014, The Old Main – a talented, New York-based folk-rock band – will perform at the Kings Rook Club on Saturday, March 4, with Darah Appling.

"We are super excited to meet some new people and share our music with a new crowd," said The Old Main's guitarist Seth Becker.

Taking its inspiration from Tom Petty, Bob Dylan, and The Eagles, this group considers itself a "modern high-energy band." They strive to keep the audience on their toes with new surprises.

"We try to keep our show fresh with new material, to keep it interesting for us and our listeners," Becker added.

Staying true to their roots in New York's Adirondack Mountains, the band incorporates an "old time sound" into its upbeat music, with a combination of acoustic guitar, mandolin, banjo, and other instruments.

The group's first album, Arlene, was released in spring of 2016. Becker said it was well-received and explained that the band members are now working on their next one. They hope to finish recording it soon to release it later this year.

"Erie will never be the same," one Facebook user wrote on the event's page. "The Old Main rocks." – Tracy Geibel