The politics of death

If you think it can only happen in pockets of the Deep South, with its legacy of rigged trials and Jim Crow lynchings, think again. 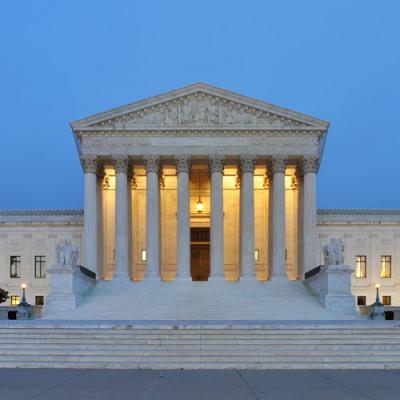 "You get political points for putting people on death row," Sister Helen Prejean told the more than 200 people who crowded the chapel at Erie's Mount St. Benedict. "Some prosecutors who aspire to be judges use their support of the death penalty as a steppingstone to advance their political careers. In my own state of Louisiana, prosecutors give one another a back-room award called the Louisiana Prick Award – prick as in the prick of a lethal injection needle. A defense attorney friend of mine went into a judge's chambers, and there they were, three of these awards on the wall. Each one shows a Louisiana pelican – the official state bird – flying with a hypodermic needle clutched in its talons."

If you think it can only happen in pockets of the Deep South, with its legacy of rigged trials and Jim Crow lynchings, think again.

In February, the United States Supreme Court heard arguments in Williams v. Pennsylvania on whether former Pennsylvania Supreme Court Chief Justice Ronald Castille violated the Constitution when, instead of recusing himself, he ruled on the appeal of Terrance Williams, a man he sent to death row in 1984 when he was district attorney in Philadelphia.

In 2012, a state court judge issued a stay of execution, setting aside Williams' death sentence because of prosecutorial misconduct after a new hearing revealed the prosecution had hidden important mitigating evidence from Williams' defense attorney. The state then filed an appeal with Castille's Supreme Court, which reinstated the death penalty.

When he ran for election to the state Supreme Court, Castille bragged to the Philadelphia Inquirer that he had "sent 45 people to death row." Williams was one of them.