The Republic of Wolves // Shrine 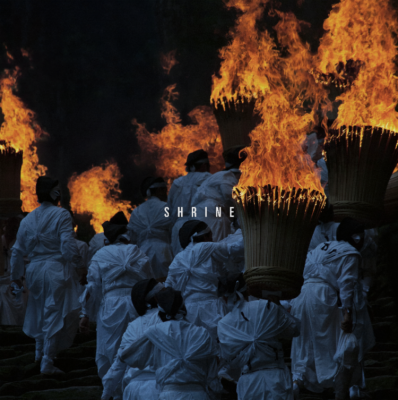 The Republic of Wolves

When talking about the Long Island quintet, The Republic of Wolves, there's an elephant in the room. That elephant 1) is an iconic emo band hailing from the same location noted to have a similar sound, and 2) was recently outed for almost a decade of abusive behavior. Yes, there is no tangible connection between Brand New and The Republic of Wolves, but following years of influence and sonic comparison, it's hard not to hear just a little bit of the former in everything the latter creates. And that's okay. For all intents and purposes, Shrine picks up where Brand New's disgraced legacy left off, delivering a career's worth of menacing post-hardcore riffage and religious symbolism in just 48 minutes."It's hard, hard work having a soul," vocalist Mason Maggio sings on opening track "The Canyon" just moments before second track "Bask" opens up with the life-affirming gang vocal, "So let's get to work!" A well-worn genre for some, Shrine fails to push many new boundaries, but will scratch an itch for many fans of Thrice and Manchester Orchestra and, most importantly, fill the void that one of the most significant acts in emo history left late last year. — Aaron Mook

The Republic of WolvesShrineSelf-ReleasedMason Maggio