On May 27th, the first ever "Memorial Day Yeehaw" will be headlined by beloved Erie indie trio The Standby. 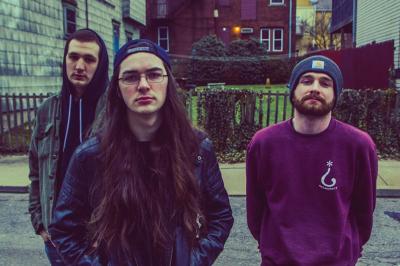 "Yeehaw" is not normally a phrase you would associate with rock music. However, Erie's newest venue, The Ballet Haus, makes an exception. On May 27th, the first ever "Memorial Day Yeehaw" will be headlined by beloved Erie indie trio The Standby. Just returning from a Midwest tour, they're bringing along new friends Lilac Kings, Body Thief, and HIGHDIVE.

The Standby had a remarkable time on tour; their first ever show in Tulsa, Oklahoma sold over 120 tickets. Collectively, the band loves exploring new places and playing for new audiences. Bassist Lyle Sallade says "the overwhelming support of the community" is what makes Erie a special place for them to play. Their debut single "Wintersun" was released at the beginning of April and has gathered over 10,000 monthly listeners and 20,000 total streams. The music video debuted on Europe's alternative music platform dreambound, through Alternative Press in the U.S., and is available on Apple Music and Spotify.

Bringing the "Yee" and "Haw" from Texas is HIGHDIVE, who have constantly been on tour throughout the United States since their debut album Forget I Called dropped last May. The quartet has shared the stage with many acts, most notably up-and-coming Chicago powerhouse Belmont.

In between sets while you are browsing band merch, don't forget to check out Melancholy. Melancholy is a local clothing brand that aims to promote self-growth and to embrace mental illness. A Waffle Miracle will also be in attendance, so if you are feeling hungry during the show, their top-tier waffles have you covered. This one-of-a-kind event is happening May 27th, and it's one of many Andromeda Agency gigs you won't wanna miss. — Dylan Tutmaher