The Vics Pick Things Up at PACA 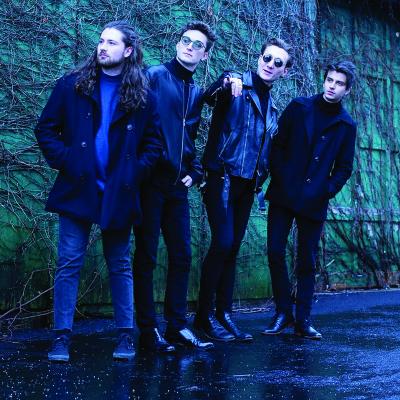 The Vics' roster includes four musicians, three of which were commercial music tech majors at California University of Pennsylvania. The Pittsburgh band builds a base for soulful vocals with catchy multi-guitar riffs and jazzy percussion akin to Arctic Monkeys. In the two years since their self-titled debut, The Vics have continued to play across the East Coast and work on new music. Their most recent single, "Fourth and Clay," hints at an exciting musical shift on the horizon.

Supporting acts include Buffalo's pop-punk Marquee Grand, Johnny & the Man Kids, and New York City's Dizzy Bats. Various musicians have shuffled in and out of The Dizzy Bats' lineup since their formation in 2011. The band, currently a trio, specializes in punk-tinged power pop. Johnny & the Man Kids was started by brothers John and Tyler when they were in high school. Since their early work, the group has channeled their teenage attitude into experimental rock featuring lo-fi vocals and keyboard effects to complement creative guitar work.

Each band stands apart from the next, but the similarities in lyrical and vocal style and swaying beats are sure to make for smooth transitions between sets at this energetic show. — Hannah McDonald

Make a Run for The Ballet Haus