This indie rock group will perform at Room 33 with Drauve 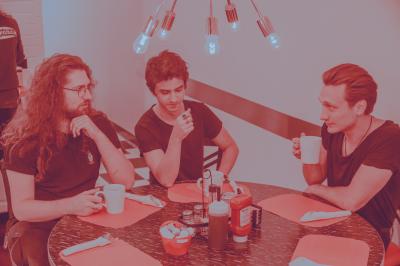 Pittsburgh indie rock trio The Vics came together at California University of Pennsylvania, where all three members majored in commercial music technology.

Pittsburgh indie trio The Vics are rolling back to Erie with support from Steel City dream-pop quartet Drauve. The Vics, formed in 2016, wasted no time bursting onto the music scene after winning the Washington Symphony Orchestra's Battle of the Bands contest; They released their debut EP Sparrow later that year. The Vics most recent single, "Fourth and Clay," can be heard on Spotify.

Next on the bill is Drauve, whose most recent single "Out Of It" was released on Sept. 5. The accompanying music video has accumulated over 25,000 views on YouTube in just under one month. Although their Spotify page showcases only two singles, they have been racking up a large following; with 16,000 monthly listeners and streams, the dream-pop trio is certainly in high demand.

Jess Royer (formerly of bands Cult Classics and Pine Diary) appeals to the ears of those who are fans of the likes of Lana Del Rey, Brandi Carlisle, or Cat Power. Royer is an Erie native who earned a 40 Under 40 award in 2017 and was voted Best Local Singer through the Best of Erie Awards in 2016, and will open up the evening. — Dylan Tutmaher