The Way I See it 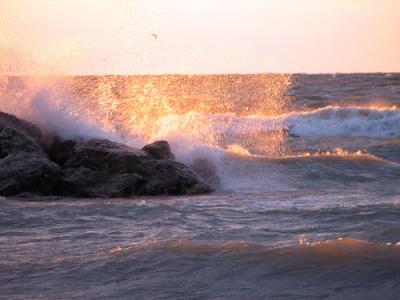 Does anyone else find it interesting that just as news of an $8.8 million deficit in the Millcreek Township School District started to unravel, the previous Superintendent, Michael Golde, has completely fallen off the radar? Golde, who cited health reasons for his resignation back in late January, not only pretty much got away scot-free but was also given a severance package.

The school board, which has been criticized time and time again, is no innocent bystander. Not only did the board initially approve a $94 million renovation plan that is now stalled but they also seemingly didn't notice an improper transfer of $5 million that was uncovered by the district audit.

The man who's left behind to pick up the pieces is Assistant Superintendent Bill Hall. There is nothing rewarding about this job. Since the news broke, talks of schools closing, layoffs, cutting electives, and a property-tax increase have all surfaced.

Much of this is a result of years of bad practice. It is situations like this that beg the question: why do we put incompetent leaders in roles like this in the first place?

Currently, the district is exploring closing Ridgefield and Vernondale elementary schools, and raising property taxes by one-quarter mill – which is the maximum allowed under state law. What is staggering is that by even by doing all of this, only about half this money could be saved depending on the degree to which they act. And even if it helps to minimize it, in the interim, Hall has to address a number of upset parents, teachers, and employees of the district.

Much of this is a result of years of bad practice. It is situations like this that beg the question: why do we put incompetent leaders in roles like this in the first place?

Golde wasn't the first – and if things don't dramatically shift in the school district, he sadly won't be the last.

The Millcreek School Board's finance committee will meet April 22 and May 20. The full School Board will meet May 28 and June 27. The board must pass a preliminary budget in May and a final budget by the end of June.

The wrath of Mother Nature has its benefits

So, although many of us – myself included – have been whining about the lengthy, miserably cold winter we've experienced, the weather has actually had some benefit for Erie – in particular, the precious shores of Presque Isle State Park.

Annually in the spring, members of the U.S. Army Corps of Engineers walk the beaches of Presque Isle to assess the erosion and determine where they need to remove built-up sand and where they need to add more for the coming year. This year, they were joined by officials from the park, members of the state Department of Conservation, the Presque Isle Advisory Committee, and contractors who will be actively involved in the work on the project.

Officials involved in the project last spring saw some of the worst erosion in years because of the mild winter. Yet, due to the length and severity of this winter, the ice that developed along the shore actually provided much benefit and helped to protect the beaches. Many of the beaches that needed much work last year, didn't have as much erosion and therefore won't need as much work.

Although I was whining about the fact that I was still wearing my winter coat in the beginning of April, learning about this state of affairs helped put into perspective that sometimes what we often view as a negative situation actually produces positive results in the long run.

And just a reminder: Presque Isle's beaches will open for swimming May 25. Which is only a little over a month away.

Love? Hate? Agree? Disagree? I want to hear from you. Email me at rstyn@ErieReader.com and follow me on Twitter at @rstyn.