The Way I See It: Standing on the Edge of the Cliff

Who is this "Fiscal Cliff" guy everyone keeps talking about? Let Rebecca Styn introduce you. 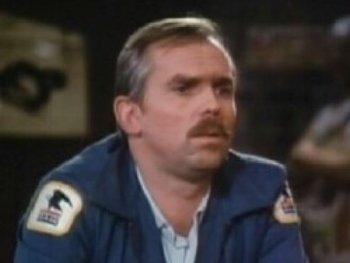 Just this past week, the U.S. Senate passed a bill to avert the "fiscal cliff" by a vote of 89-8. This vote, which looked more like the Cleveland Browns record of losses to wins over the last six seasons, came two hours after the deadline of December 31, 2012.  The GOP-dominated House of Representatives approved the deal 21 hours later with a vote of 257-167.

Just in case you didn't know, the "fiscal cliff" refers to the economic effects that would result from federal tax increases and across-the-board government spending cuts. Here's the deal though, folks: this issue is far from over. I know you've all heard rumblings of and grumblings about going "over the cliff," and there's been news stories aplenty on what could happen had we "fallen off," but since we didn't, and since there's still more work to be done within the House and Senate, there's no need to worry about all those dealings – yet. Instead, for now, I suggest you just be aware of the following:

It's the gift that keeps on, well, taking.

The extension of the payroll-tax cut that has been in existence since 2009 was not renewed when it expired on midnight on December 31. Therefore, that 2-percentage-point cut will now be added back into your taxes. As an example, Americans earning $30,000 a year will take home $50 less per month.

But this shouldn't be shocking to you – you were paying it just two years ago. It was money that congress gave you to help boost the economy, but now they want it back. One of the downsides, however – besides losing your own money – is economists estimate that this could strip $115 billion in disposable income from the economy this year. This year will also be the first time since 2008 that there hasn't been some sort of stimulus-related tax relief for individuals.

Runs in the family

And while, maybe not for the individual, tax relief is still in sight for working families. This deal includes a five-year extension of the American Opportunity Tax Credit, the Child Tax Credit, and the Earned Income Tax Credit.

Back on one's feet

The fiscal cliff would have eliminated extended unemployment benefits for those out of work the longest. Instead, the new law keeps them in place – but only for one more year.

A feared spike in milk prices (almost doubling current prices) – dubbed the "dairy cliff" because it was also set to kick in abruptly on January 1 – will be averted through a nine-month extension of certain portions of the farm bill. So for now, you literally won't have to cry over spilt milk.

The nation reached its borrowing limit at the end of 2012, and the Treasury Department has said it will use "extraordinary measures" to avert default as long as it can, likely into February. Then Congress will have to once again take up the issue of raising the country's so-called debt ceiling. Last time, the negotiations resulted in a downgrade of the U.S. credit rating. This time, most likely, the stakes will be just as high.

Sinnott's budget includes no new personnel or programs, but does include funds for summer recreation programs, and increases police overtime in response to the city's continuing efforts to curb violence – which, if you didn't know, did see some success in 2012.