The Way I See It: That's the way the potato chip (factory and plan for new jobs) crumbles 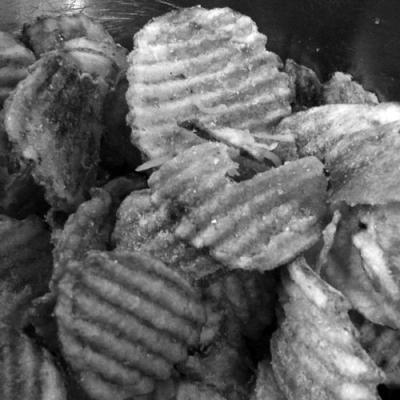 KLN Family Brands hopes to move into the old Troyer Farms plant in Waterford, if the Water and Sewer Authority would get on board.

KLN Family Brands – a Minnesota-based family-owned business that produces a variety of salty snacks, candy, and much more (including, yes, potato chips) – is about to move into the former Troyer Farms location. It's been about five months since the announcement that the dormant building would take on new residents, and now walls are up and millions of dollars worth of equipment stands ready to be installed.

The company would ultimately bring on about 125 people – including previous Troyer employees. You know, not only a skilled labor workforce, but individuals that actually have experience making snack food products.

The group has definitely met some obstacles along the way – one including an archaeological search for American Indian artifacts – but none as small-minded as the one that occurred Thursday, June 19.

As part of the project, the facility needs to extend municipal water and sewer lines [which they were personally paying for] about 7,000 feet from the plant along Route 97 so that they didn't need to utilize well water. On Wednesday, June 18, Waterford Township Supervisors approved those extension plans.

Yet a day later, with a 2-2 vote, the Water and Sewer Authority essentially nixed that vote, denying approval of the extension. And although the vote was 2-2, there was actually one member of the five-person authority not accounted for (he missed the meeting due to graduate school obligations and was supposed to be teleconferenced in that night).

But that call never came.

And as such, a stalemate occurred, and immediately thereafter, the two who voted in favor of the extension immediately resigned.

When I heard all this, words could not express my frustration. We had just gone through this with the Erie Rail Terminal project. In fact, as we continue to hit this brick wall over and over and over again – perhaps, Erie truly is the definition of insanity.

The truth is: Although it is the constituents who cry out, it is the officials that ultimately make many of the decisions. And the greater truth is that some shouldn't be in office – because they can't make the decisions that need to be made.

Yes, elected and appointed officials are all bombarded by different residents, concerned citizens, and naysayers, encouraged to lean a certain way. And yes, many of those constituents are the ones who have supported these officials at different times in their lives.

But any person that represents the public, even on at small level, needs to be able to stay above the fray. They need to listen to their constituents, take their thoughts and concerns seriously, but then they need to be able to move forward in the direction that will ultimately benefit the constituents – as a whole.

Because you cannot make everyone happy – at any point, or any time.

And if you don't have the ability to trust the professionals to make the tough decisions, to understand that some of those that once supported you may not in the future because of a decision you made, then, please, leave these authorities and step down from these committees to let those who can deal with it do so.

Let's remember that we are a Republic for a reason. We elect and appoint individuals because we trust they will make the right decisions after hearing the public's viewpoints and considering all of the other matters at hand. That is, We The Public cannot demand that these elected and appointed officials serve as our puppets; we need to trust they – as our leaders – will make the best decisions for us regardless of our individual opinions and wishes – and they need to have the fortitude to do that and not merely bend to the will of the loudest voices.

Nobody ever said anything good came easy, and we all have been through growing pains. But if we don't start adapting to the future, we're going to lose, period. And this applies to everything from major life decisions down to potato chip plants.