The Way I See It: The Debt Limit Debacle

The government is still shutdown. And the debt-ceiling crisis is looming. 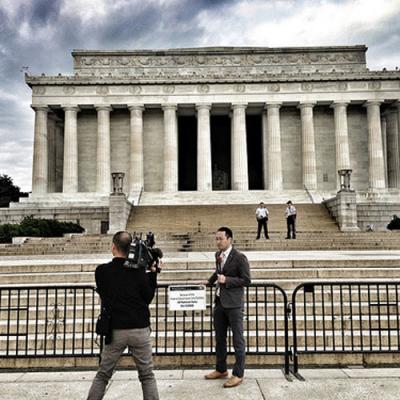 Assuming you haven't been living as a hermit over the last several weeks, you probably know that the United States is slated to reach the debt ceiling (also known as the debt limit) Thursday, Oct. 17 – a day after this issue is released.

For those of you who may not know exactly what the debt limit is: before the debt limit ever existed, Congress had to approve every bond issuance the Treasury Department used to finance the national debt. This made it difficult to raise money quickly – especially during emergencies – so over time, Congress began giving more leeway to the Treasury. By 1939, the current debt limit system was essentially in place – so that Congress establishes the total amount of debt the government can accrue and leaves everything else to the Treasury.

And despite its name, the debt limit actually has nothing to do with increasing the federal debt. Raising the debt limit does not create new spending but rather authorizes the Treasury Department to fund previously agreed upon spending.

If the debt ceiling is not raised, the debt doesn't decrease, it just stops being financed. Currently, our debt limit is close to $17 trillion. The federal debt actually reached the debt limit back in May, but the Treasury Department has been using accounting tactics to keep borrowing until the debt limit is increased. Except these tactics will stop working come Oct. 17.

Remember, that debt limit impasse we had back in 2011? It caused significant harm to our economy then – all alongside a downgrade in our credit rating of the United States. And that's nothing compared to what can happen now.  Financial markets could effectively collapse; a bank run would soon follow, and a massive recession would result. It's something so great it cannot be effectively comprehended.

So, what Congress needs to do now is pass a bill raising the statutory borrowing authority of Congress. This does not increase government spending; rather, it allows for the Treasury to pay for expenditures that Congress has already approved. Except Congress and the president won't compromise. As a result, we can default.

You'd think this was an easy solution. Just pass the bill raising borrowing authority. But both parties are fighting over this. Why, you ask? Because President Barack Obama and Congressional Democrats are demanding that the debt limit is increased without any cuts to Obamacare or other federal spending, and Republicans are demanding the opposite –  that these cuts are made. So until one side gives in, the debt limit stays where it is.

And this is wherein the problem now lies.

The way I see it, it doesn't matter what side of the aisle you're on. The fact that the parties can't come together on any level only tells me that everyone, including the president, is working only for self-interests. He demands that the debt limit is increased without any cuts to Obamacare or other spending. Demanding sounds more like a dictatorship rather than a democracy. Our polarization is the worst it's ever been in history. And just for the sake of argument, even if Obamacare is better for society as a whole, the fact that it's putting the rest of the system in ruins is only facilitating the continual demise of our country. So, while the Democrats and Republicans are fighting over whether everyone should have access to health care, as a result of the debt limit, they may now have to decide whether to pay Social Security to seniors, pay benefits to our veterans, or make payments to several jurisdictions and health care providers under Medicare and Medicaid. And on some level, these choices affect each and every one of us.

This is old-fashioned political gridlock folks, and Americans everywhere will suffer unless someone budges.